MOKOPANE, South Africa – Bound and gagged together, the bodies of a mother-daughter duo were found in the South African province of Limpopo.

The husband, a man of Bangladeshi origin, allegedly killed his wife and daughter and was denied bail by a local court before his hearing next week.

Now, the mother of the victim has urged maximum punishment for the murderer.

“He never said anything and it’s like he has no feelings for what he did,” said Annie Ash, the mother of the lady and grandmother to the infant. “The only feeling I have for him now is hatred. All my love vanished after he took away the lives of my two angels. I want him to suffer for what he did like my two angels suffered that night.” 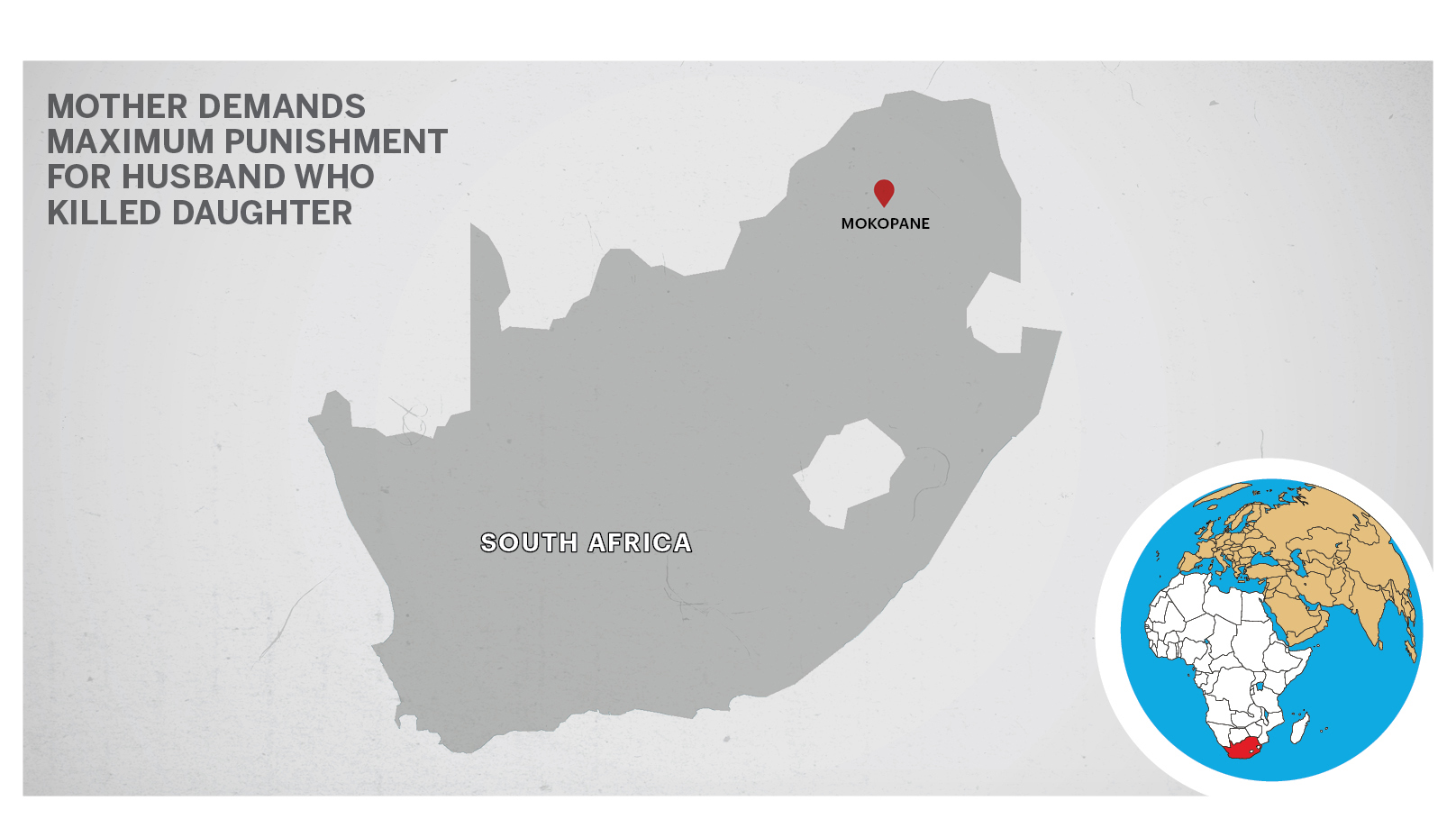 The bodies of Chantelle Ester Ash, aged 20, and her nine-month-old daughter Tasneem Ish Ash were found by the cleaners at a hotel on the R518 road from the town of Mokopane to Masodi village in the South African state of Limpopo.

The lady’s mother Annie Ash said the couple had been together for four years after meeting at a Christian wedding and that she converted to Islam to marry him. The mother regarded her new son-in-law like her own son, but all the love she had given him, disappeared after the killings.

Reportedly, the young family had arrived at the hotel by car and did not give their name or details because they were only planning to stay one night and it was not legally required.

However, two days later, when the staff did not see them checkout, they went to the room where they discovered the decaying bodies of the mother and daughter on the bed.

After a manhunt was launched to find her partner, a Bangladeshi man named Neesham Nasir (29) was identified. The couple took part in an Islamic marriage known as ‘Nikkah,’ a month before.

The suspect was arrested in Gauteng Province and was remanded in custody on femicide and infanticide charges.

The case was postponed until March 15 and will take place at the Mokerong Magistrate’s Court in the South African town of Mokopane.

“I could not recognize my baby&mldr; she was so swollen and bruised. It was a horrible thing to see,” said the mother, when she saw victims. “The accommodation was booked for a night only, with the check-out time the next day. When cleaners opened the room, they found the bodies of Chantelle and Tasneem.”

The grieving mother said it was time for prosecutors to be ruthless with perpetrators of such crimes.

As per a study titled “Case study on infanticide in South Africa”, South Africa has one of the world’s highest reported rates involving babies, which is considered as a “serious social and public health problem.”