In the recent teaser released of the eponymous Bollywood film “Gangubai Kathiawadi”, Alia Bhatt plays the title role, based on the real-life sex worker and brothel owner. 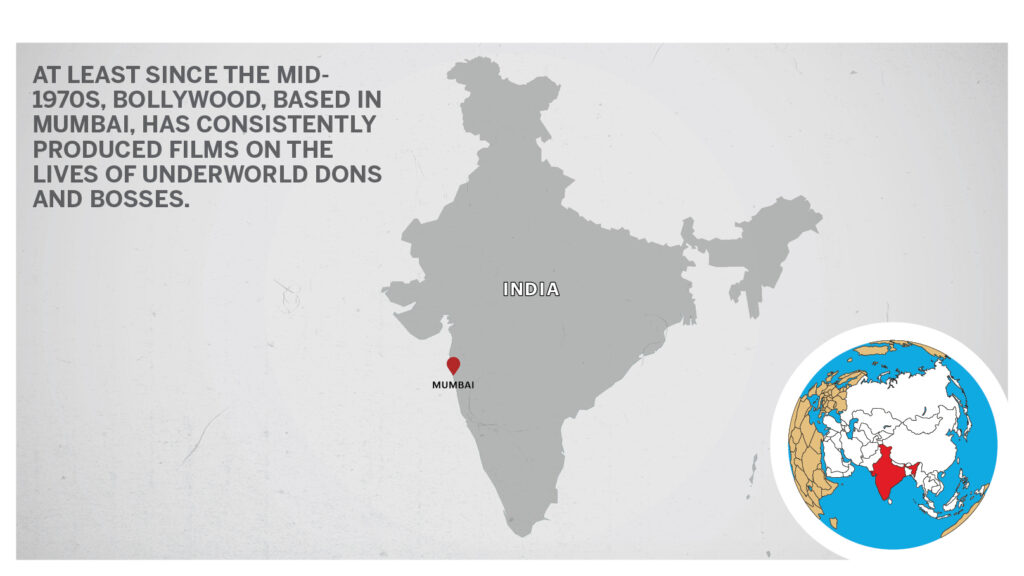 With her connections in the underworld, Kothewali allegedly ran sex rackets, peddled in drugs, and even ordered hitjobs. In the early 1960s, she also met India’s first prime minister, Jawaharlal Nehru, to find a solution for the plight of sex workers.

Directed by Sanjay Leela Bhansali, known for his larger-than-life films, “Gangubai Kathiawadi” is set to release later this year after pandemic-induced delays to its shooting schedule. It is adapted from a chapter of crime journalist S Hussain Zaidi’s non-fiction book, “Mafia Queens of Mumbai” (2011), and is the latest installment of Bollywood’s love affair with the underworld.

At least since the mid-1970s, Bollywood has consistently produced films on the lives of underworld dons and bosses. The first such film was “Deewaar” (1975), loosely based on the Bombay (now Mumbai) smuggler Haji Mastan. Amitabh Bachchan, one of India’s biggest film stars whom Americans will remember from “The Great Gatsby” (2013) where he played gambler Meyer Wolfsheim.

The writers who introduced the underworld to Bollywood with “Deewaar” were the writing duo Salim-Javed — Salim Khan and Javed Akhtar.

Khan claims had met Haji Mastan, who went from being a dockworker to a smuggling lord, at a party.

“Many of the films that I have written have been inspired by real people,” Khan told Zenger News. “The audience is curious to know the stories of men and women who have gained power and what made them the people they are.”

“People have a hunger for underworld cinema,” said director Sanjay Gupta, whose “Mumbai Saga” is set to release on March 19. Set in the 1980s and 1990s, it stars John Abraham and Emraan Hashmi in leading roles as underworld don and cop, respectively.

“It is a dark world, and it is fascinating,” he added. “People want to know the true stories.”

Gupta has earlier co-written real-life inspired crime dramas such as “Shootout at Lokhandwala” (2007) and “Shootout at Wadala” (2013) — both about real-life police encounter killings of criminals.

In the 1980s and 1990s, Mumbai police put together an elite unit to eliminate underworld dons who often escaped the law because of their connections with influential politicians. While the extrajudicial killings were slammed by human rights organizations, they also fascinated the film-going audience who wanted to know more about the lives of these dons and cops.

“I have always been fascinated by the underworld stories,” said film director and producer Ram Gopal Varma, whose 1998 film “Satya” redefined the genre.

Varma has directed and produced several other films on the underworld such as “Company” (2002), “D” (2005), and the “Sarkar” trilogy, which he claims was inspired by the “Godfather” trilogy.

His production company will release its new film “D Company” later this month, based on the life of Dawood Ibrahim Kaskar, possibly India’s most infamous criminal.

Beginning his career as a smuggler and hitman, Dawood Ibrahim was known for his flashy lifestyle and dalliances with Bollywood. He was also rumored to be romantically involved with actress Mandakini.

However, his alleged involvement in the 1993 Bombay bomb blasts that killed 250 people, put him on India’s most-wanted list as a terrorist and also on Interpol’s radar.

“My new film is not only about Dawood Ibrahim but also the various people who lived and died then,” said Varma.

“It is the Mahabharat of the underworld,” he said, referring to the ancient Sanskrit epic. “It narrates the story on how a small-time criminal from Mumbai goes on to become the Bill Gates of the underworld by making has gang into an international organization.”

While Hollywood’s crime dramas have been an inspiration, movies made in India — one of the largest film industries in the world with an estimated market size of INR 183 billion ($2.5 billion) in 2020 — follow a different aesthetic standard.

“In our films where we need to add songs or dramatize the situation for commercial reasons,” said trade analyst Amod Mehra. “The portrayal of gangsters in the West is more realistic.”

Now streaming platforms have also joined the crime drama wagon. Last year’s “Ek Thi Begum” traces the life of an underworld godmother and her pursuit of vengeance for the murder of her husband.

“We have seen many crime dramas on male gangsters, but this subject was different,” director Sanjay Darekar told Zenger News. “It was a story of a powerful lady who decided to take it upon herself to fight against a notorious gangster.”

Bollywood’s fascination with the godfathers — and godmothers — of the underworld continues.

The post Godfathers And Godmothers Of Bollywood appeared first on Zenger News.