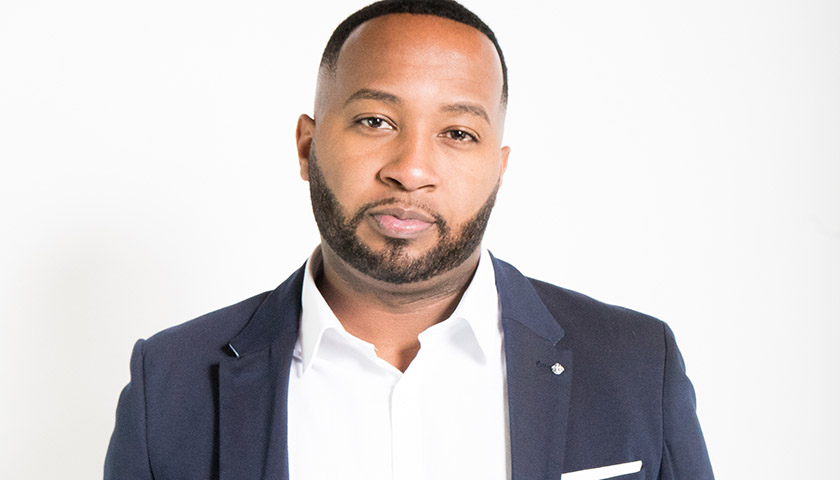 At 28, Tavere Johnson Jr. has established himself as an author, creative entrepreneur and, as many who know him say, a forward thinker.

The Jamaican-born Johnson has still another way of describing himself: “Your Average Genius,” or “YAG” for short, which also happens to be the title of his new book that should hit book stores this year.

“I just try to reveal the very simple idea of the average genius, who lives inside all of us,” Johnson said. “I used the word average not to downplay the greatness of us, but to encourage and promote courage, work ethics, drive, self-confidence and the willingness to risk it all for what you believe in and to be great.”

In fact, Johnson has a unique view of stress.

In one chapter of his book, subtitled “Enemies and Obstacles,” Johnson explains the need to battle adversity and not being overcome by stress.

“Most people look at the word stress and they frown upon it,” he said. “I actually enjoy stress. If you are stressed, it means something that you care about is at risk, so the question becomes, ‘What are you going to do about it?’”

Johnson’s friends note that he approaches life and business with an eye on what’s applicable.

He said “YAG – Your Average Genius,” is for the budding businessperson, the titan of the industry or even the everyday go-getter.

The tome is a way of sharing how a spiritual—but not religious—and positive approach will bring success by maximizing individuals’ resources, approaching obstacles with positive energy and taking time to consider a person’s goal and the consequences of obtaining them, he said.

“At this point in my life, I want to make a positive impact on people I rub shoulders with,” Johnson said.

Born in Jamaica, Johnson and his family immigrated to the U.S. and settled in Florida, when he was 13.

Johnson said he’d always been “a hustler,” who played sports and loved sneakers.

“I had a lemonade stand and then I went to work at a car wash,” Johnson said. “I was a sponge, though, who put himself around the right people, because I always had that entrepreneurial and hustler spirit.”

In a lot of ways Johnson said he’s like his father, Tavere Johnson, Sr.

“He’s my mentor and he motivates me,” Johnson said. “I’m a hybrid of him, but I’m a little more tenacious, especially in this digital age, but he’s the root of it and is what’s got me going. Everything springs from there.”

Johnson began his career in the corporate world of call centers just three years after he arrived from Jamaica. As he climbed the corporate ladder, Johnson said he also attended trade shows and seminars to further his knowledge and experience.

At just 21, Johnson founded his first lead generation call center with a group of partners, and later he used his own capital to start a healthcare lead generation agency call center, which he said is currently valued at more than $4 million.

“It’s one of the more dynamic call centers,” Johnson said.

Writing the book, he said, was a personal milestone. Johnson knew right away that he didn’t want to just distribute the book to his parents and family friends.

“I want to make an impact, a positive impact, so for six or seven months and from 7 p.m. to 2 a.m., after I got out of the daily grind, I wrote and put this book together,” he said.

Johnson continued: “I am the average genius. That’s the cornerstone of what drives me and encourages me to instill this in everyone that I rub shoulders with. I don’t think I’m a cliché genius and I feel like everybody can accomplish what I have and what I will, so I want to be of encouragement.”

If there’s one message Johnson said he wishes everyone would take from the book, he said its positivity.

Learn more about “Your Average Genius” or catch up with Tavere on Twitter @king_tav and Instagram @king_tav.