via www.mickeyroyal.com – Mickey Royal resides in Los Angeles California where he is currently working on his next book. Mickey Royal is a pure novelist with decades of experience as a playwright, columnist and erotic poet. He has been regarded as “Pure Genius” by the American Literary Society and “The premier writer of our time” by The Real Freeway Rick Ross. Mickey Royal himself remains an enigma. He has produced and directed over 100 adult films. With the success of his first book The Pimp Game which has been shelved as a future classic alongside The Prince by Niccolò Machiavelli, The Art of War by Sun Tzu and The Prophet by Khalil Gibran. 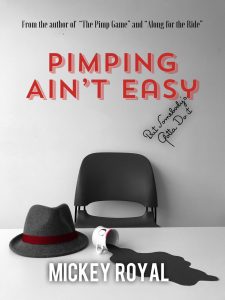 He’s known in certain circles as a master teacher, an aristocrat of crime, a gangster, an all-around renaissance man, the most prolific writer today, a gentleman of leisure and true man of respect. His story is legendary. As a young gangster growing up in Los Angeles California, the work he put in has been verified and documented in many circles.
Mickey Royal is a former gangster, drug dealer, F.O.I., legendary pimp, paid enforcer (Italians, Russians, Mexicans below the border), pornographer and bestselling author.

He possesses the unique ability to place the reader inside of the story by placing the story inside of the reader. Techniques exploited from his roots in Islam (His mother was a Black Panther and his father a child soldier from U.S.S.R via Mali) and Shamanism. His literature has been regarded as transformational. As an F.O.I. he trained under Martial Arts Master Steve Muhammad. As a youth he lived with Michael Conception in Carson and was a staff writer for Grand Jury Entertainment. As a pimp he opened brothels, after hours, escort services, swing parties, adult bookstore, live voyeur shows and unionized prostitution, which led to pornography.

As a pornographer he produced and directed over 100 adult films for Gentlemen’s video, Heatwave, Cinderella films, Black Market, and Hustler amongst others (He produced and directed Pinky’s only squirt movie called ‘Pinky Squirts. In over a 20-year span has had thousands of women (prostitutes and porn-stars). While at Wasco State Prison he was Keefe D’s bodyguard at Wasco State Prison. The FBI (confirmed by FBI operatives and Las Vegas Police dept for the past 11 years) uses his book The Pimp Game: Instructional Guide as a textbook for agents to get into the minds and inner workings of Human Traffickers. Mickey Royal and his book The Pimp Game: Instructional Guide was featured in upcoming National Geographic documentary about Human Trafficking, due out Jan 2021. 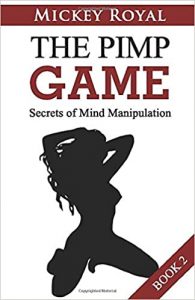 First detained at age 5 for attempted murder in daycare. Arrested for Attempted Murder in early 20’s in Tennessee. Attempted Murder in early 40’s in LA. Arrested In Tijuana Mexico for Narcotics Trafficking, as well as Los Angeles. Mickey Royal was married to former Porn-star Elizabeth Sweet aka Yogi. She was Raymond Washington’s (Founder of the Crips Gang) former girlfriend. After his divorce, he was/is currently engaged to former Porn-star Cheyanne Foxx for 15 years. Mickey Royal is the younger brother of Jay Supreme (who produced ‘This is how we do it’ by Montel Jordan and ‘Back in the Day’ by Ahmad amongst other hits).

Books written by Mickey Royal-
1.The Pimp Game: Instructional Guide 2. The Pimp Game: Secrets of Mind Manipulation 3. Along for The Ride 4. Pimping Aint Easy: But Somebody’s Gotta Do It 5. I’m Leaving You for A White Woman.