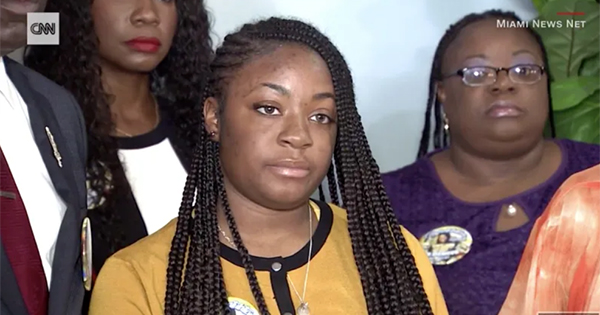 Miami, FL — Kamilah Campbell, an 18-year old senior high school student, says her SAT results were invalidated after she was falsely accused of cheating – allegedly because she had high scores. She has since filed a lawsuit against SAT officials, claiming that they defamed her character and jeopardized her future.

Campbell originally received a score of 900 out of 1600 after her first attempt at the college entrance exam. The second time her score jumped to 1230. The South Florida high school student credits her impressive improvement to months of prep that included working with a hired tutor, taking online classes, and using The Princetown Review SAT prep book as a study guide.

The letter sent to Campbell by the ETS stated: “We are writing to you because based on a preliminary review, there appears to be substantial evidence that your scores are invalid. Our preliminary concerns are based on substantial agreement between your answers on one or more scored sections of the test and those of other test takers. The anomalies noted above raise concerns about the validity of your scores.”

“I did not cheat. I studied, and I focused to achieve my dream,” Campbell said Wednesday at a press conference, according to CNN. “I worked so hard and did everything I could do.”

But once again, SAT officials said that her score was invalid. She said the Educational Testing Service, the organization that oversees the SAT, is accusing her of cheating.

In a news conference with her family and Benjamin Crump, her lawyer, Campbell said, “I did not cheat. I studied and I focused to achieve my dreams. To have your effort taken away from you, and them saying, ‘Oh well, we think you cheated.’ It’s not fair.”

Campbell said she wants to study at Florida State University but she can’t even apply until her score is validated. She has since sued ETS and said that they “violated Kamilah’s constitutional right to be considered innocent until proven guilty and denied Kamilah due process.”

“The family is demanding ETS release her test scores within the next two weeks so that colleges and scholarship committees can appropriately evaluate her applications,” said in a media release. “If not, Crump said the family will move forward with exploring every legal remedy available to give Kamilah the justice she deserves, including but not limited to pursuing litigation on the basis of a violation of her civil rights.”

Although Campbell and her lawyer didn’t mention race in any of their statements, many believe that her being African-American was a factor in the accusations.

Watch the news coverage below: