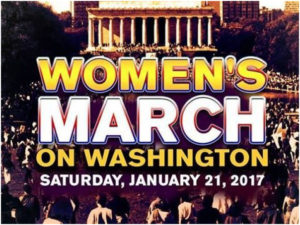 A huge group of women’s rights advocates plans to descend on Washington the day after Donald Trump’s inauguration to protest his comments about women throughout his contentious campaign against Hillary Clinton.

After initially being referred to as a “Million Woman March,” it is now called the “Women’s March on Washington” and is scheduled for Saturday, Jan. 21. A total of 159,000 people have indicated interest in attending on the group’s Facebook page with 68,000 confirming they are going.
The group will meet at the Lincoln Memorial at 10 a.m. on that date.

“This is an INCLUSIVE march, and EVERYONE who supports women’s rights are welcome,” the group states on its page. “PLEASE SHARE, we need to spread the word everywhere! And there are groups forming for EVERY STATE, so search for your local group as well!”

Trump has been heavily criticized for his comments about women throughout his campaign, as well as for a leaked video in which he bragged about his ability to sexually assault women without repercussion. It appears he may be facing numerous large protests around Inauguration Day. Another large protest is planned on Inauguration Day itself to protest the candidate’s racially charged comments throughout his campaign.