Last week the legislative desk of the Honorable Mary Littlejohn Singleton found a permanent home as it was dedicated at the Mary L. Singleton Senior Center. Born in Jacksonville in 1926, Singleton was the first African-American woman elected to the Jacksonville City Council and the first African American from North Florida elected to serve in the Florida Legislature. She won the Democratic nomination for the Ward 2 seat in 1967 when she defeated William Thompson, a white man, 20,648 to 16,143 votes. Singleton was elected to the Florida House of Representatives in 1972 for District 16, winning the Democratic nomination and facing no Republican opponent. Reelected in 1974, she became the first black from north Florida to be elected to the Florida Legislature since the Reconstruction era.

Shown is former mayor Jake Godbold who worked with Singleton on the Jacksonville City Council in the late 1960s and Singleton’s granddaughter Leslie-Scot Jean-Bart at the dedication. 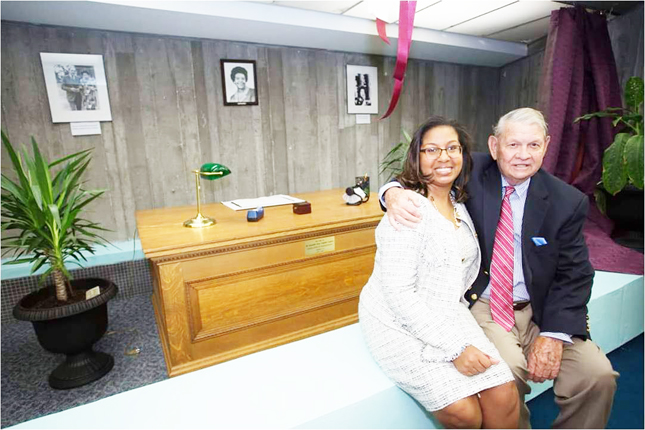