Local nursing students received firsthand insight into the lives of the city’s Black nurses during segregation at a program sponsored by the First Coast Black Nurses’ Association and the Nursing department at FSCJ. Brewster Hospital, which stood at 7th & Jefferson streets in Springfield. UF Health Jacksonville is the current occupant of the site. It was not only the first African American hospital in Jacksonville, but also in the U.S., operating from 1901 to 1966. The program provided a  historical perspective of the triumphs and challenges of Brewster nurses as well as nurses throughout Duval County.

Many of the students in attendance from nursing and other health related programs weren’t aware of the significance of Brewster in the Jacksonville community.

The highlight of the event was the presentation of $2 bills from Marcus Drewa who served as an administrator for both Brewster and Methodist Hospitals. “Mr. Drewa always carried around $2 bills to give to the nurses and he was instrumental in helping the black community with donations and fought for nurses rights,” said FCBNA organizer Jackie Lee.

The passage of the 1964 Civil Rights Act doomed Brewster Hosptial. The legislation opened the city’s other health care facilities to African Americans. This resulted in as substantial drop in revenue for Brewster. The institution shut its doors in 1966. The city relocated the structure from its former location to the northeast corner of Monroe and David Streets in September 2005. In 2007, The City of Jacksonville began extensive renovations. 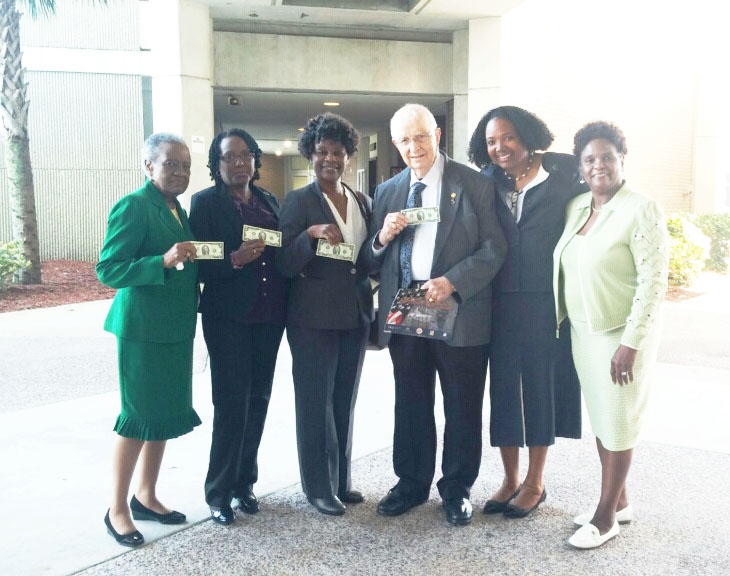