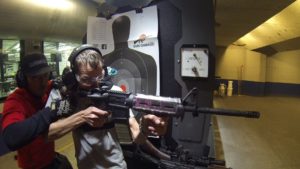 The Las Vegas shooting that killed at least 58 people came the same week the House is set to pass a bill allowing easier access to gun silencers — which would make it harder for law enforcement to track down active shooters.

That pending bill, and the unprecedented death toll from the Sunday attack, set off the latest wave of lawmakers calling for swift action to finally curb America’s plague of fatal shootings.

“It’s time for Congress to get off its ass and do something,” Sen. Chris Murphy (D-Ct.), who has been pushing for stronger gun control since the Sandy Hook elementary school shooting in his state five years ago, said in a statement.