Karine Jean-Pierre did something that no other Black woman had done in 30 years. She stood behind the podium and took reporters’ questions in the briefing room at the White House.

For more than an hour, Jean-Pierre, the principal deputy press secretary for the White House, took questions from journalists – and many of whom began by offering congratulations to the longtime political activist turned spokeswoman.

Judy Smith, who served as deputy press secretary to President George H.W. Bush in 1991, was the first — and only other — Black woman to lead a White House briefing. 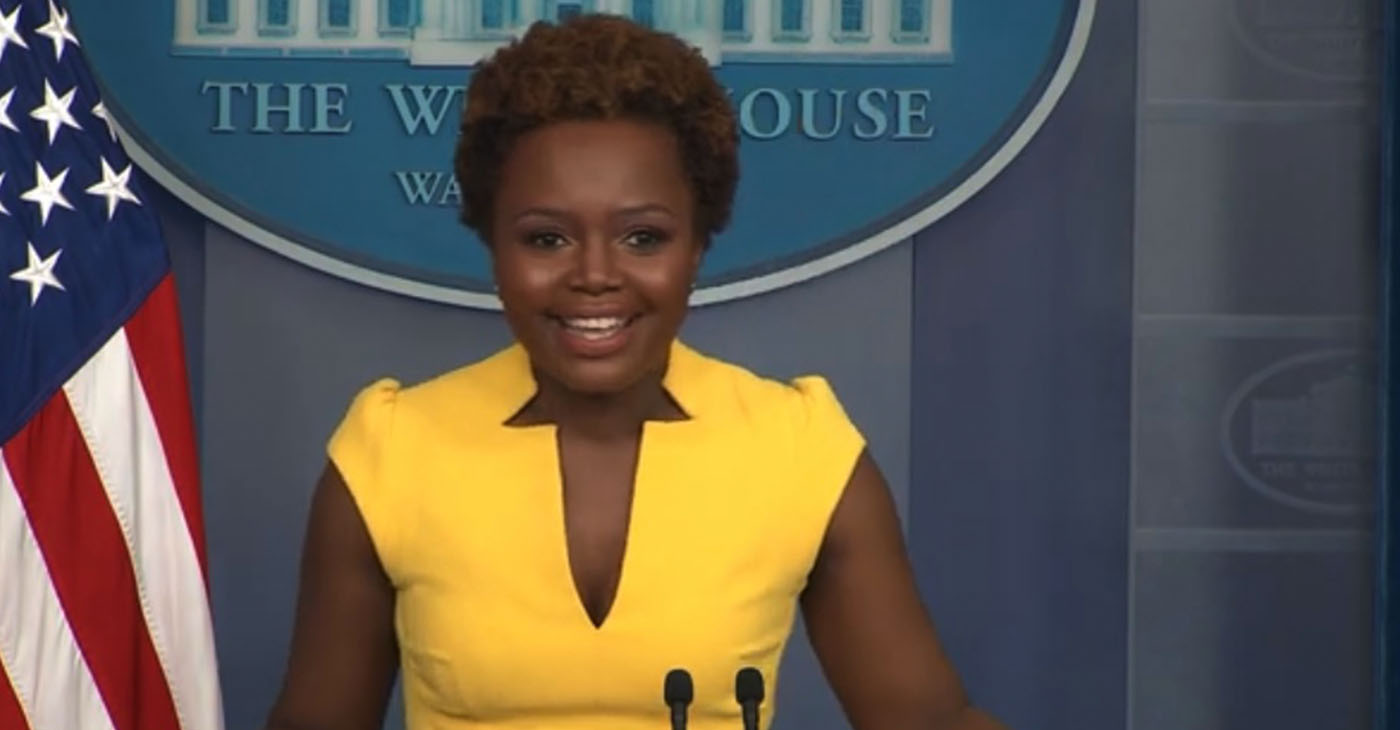 The daughter of Haitian immigrants, Jean-Pierre has served as chief of public affairs for MoveOn.org, a political analyst for NBC News, and as deputy campaign manager for former Maryland Governor Martin O’Malley’s presidential run.

“Today is a big day in the press office and @WhiteHouse,” tweeted Jen Psaki, the White House press secretary, who took the day off.

“My partner in truth — @KJP46 is doing her first full briefing from the podium today, making history in her own right,” Psaki continued.

“But doing her real justice means also recognizing her talent, her brilliance, and her wonderful spirit.”

Reporters noted that Jean-Pierre has previously held informal press conferences aboard Air Force One, and she often is on the sideline shadowing Psaki during White House briefings.

Psaki has said she would leave the post next year, and some could view Jean-Pierre’s May 26 briefing as an audition for the top position.

“I will be raising my coffee cup during the WH press briefing in celebration of representation, aptitude, and brilliance,” tweeted Symone Sanders, the chief spokesperson for Vice President Kamala Harris. “The ancestors are proud,” Sanders continued.