Last weekend, thousands converged around the nation to raise their voices around issues affecting Black women. Locally, the effort was led by health care advocate LaShonda “Lj” Holloway at A. Philip Randolph Heritage Park.  Holloway said, she wanted Jacksonville to stand in solidarity with women around the country who were pushing for social change for one of the most marginalized groups in America.

The September 30th date coincided with the anniversary of the Elaine Massacre that led to three days of racially charged killings in 1919. According to the March for Racial Justice Site, they chose this date to honor their resistance.

Despite the rain, Jacksonville participants  began with the Negro National Anthem and paid homage to African American female ancestors. Other cultural activities included a libation, an affirmation and petitions to restore voting rights. Locally, members of the Democratic Women’s Information Network and the Democratic Black Caucus were also represented. Several other patrons joined in support by donating water and signs.

The Florida March for Black Women drew a diverse crowd filled with both men and women of various ages and colors, all believing that together, we can ensure that Black women and girls are safe, stable, and protected.

“What does it mean to have Black women, Muslim women, white men and women, LGBTQ folks and other groups standing together to emphasize one message? It means that Black women are important and we will not be ignored,” said Jax resident Lauren Cephus. 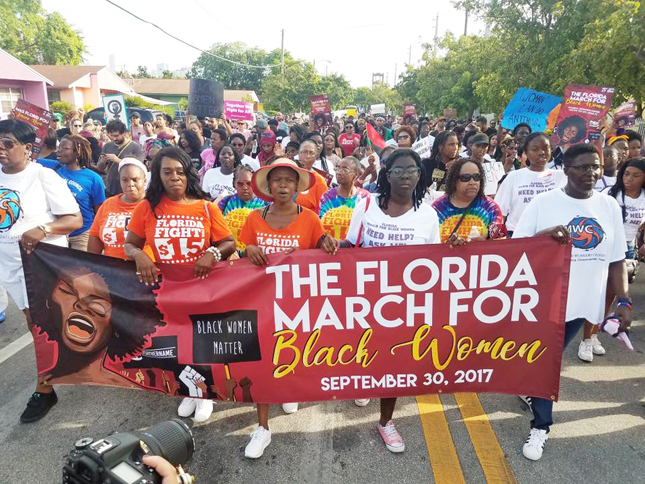