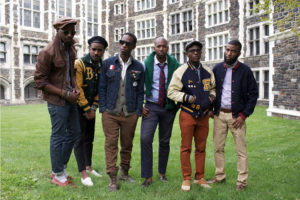 A Justice Department inquiry into how race influences admissions at Harvard University has left selective colleges bracing for new scrutiny of practices that have helped boost diversity levels to new highs across the Ivy League.

Harvard and other top-tier colleges closely guard the inner workings of their admissions offices, but they defend approaches that consider an applicant’s race among other factors as a way to bring a diverse mix of perspectives to campus. While the schools believe they are on firm legal ground, experts say the investigation could inspire new challenges.

“They’re pulling the scab off a wound that was healing,” said Anthony Carnevale, who has studied affirmative action programs and leads Georgetown University’s Center for Education and the Workforce. “This could erupt in a bunch more cases.”

At the eight Ivy League colleges including Harvard, Yale and Princeton, the number of U.S. minority students in all incoming classes grew by 17 percent between 2010 and 2015, while overall enrollment in those classes grew by less than 2 percent, according to the latest federal data. By 2015, minorities accounted for more than 43 percent of all incoming students in the Ivy League, up from 37 percent in 2010.

The trend partly reflects the demographics of an increasingly diverse nation, but the schools also consider race for reasons including a desire to reverse historically low numbers of minorities at elite universities that in some cases began admitting nonwhite students only in the last 75 years.

Despite the growth in the nonwhite student populations, the schools acknowledge their diversity efforts are aimed largely at drawing students from underrepresented races and ethnicities, a category that often includes blacks and Latinos but not Asian-American students.

Some who oppose race-conscious policies have said they’re encouraged by the Justice Department’s inquiry, while supporters see it as political posturing by President Donald Trump’s administration. Still, some advocates fear there could be a chilling effect among schools that will wonder if they’ll face scrutiny next.

Others said the Supreme Court has set a clear precedent upholding colleges’ right to consider race.

“The foundations are set and they are longstanding,” said Art Coleman, managing partner of the Education Counsel consulting firm and a former deputy assistant Secretary of the Education Department’s Office for Civil Rights under President Bill Clinton. “My hope is that it would do nothing to affect institutions that are pursuing issues of diversity and inclusion on campus.”