By Dylan Scott  – Biden cited a horrific statistic to make his case against Trump. The worst part is it’s true.

During a discussion on race in America in the first presidential debate, former Vice President Joe Biden cited a horrific statistic to punctuate his case that President Donald Trump has not been good for Black Americans: 1 in 1,000 Black Americans have died in the Covid-19 pandemic.

“This man is the savior of African Americans? This man cares at all? This man’s done virtually nothing,” Biden continued. “Look, the fact is, you have to look at what he talks about. You have to 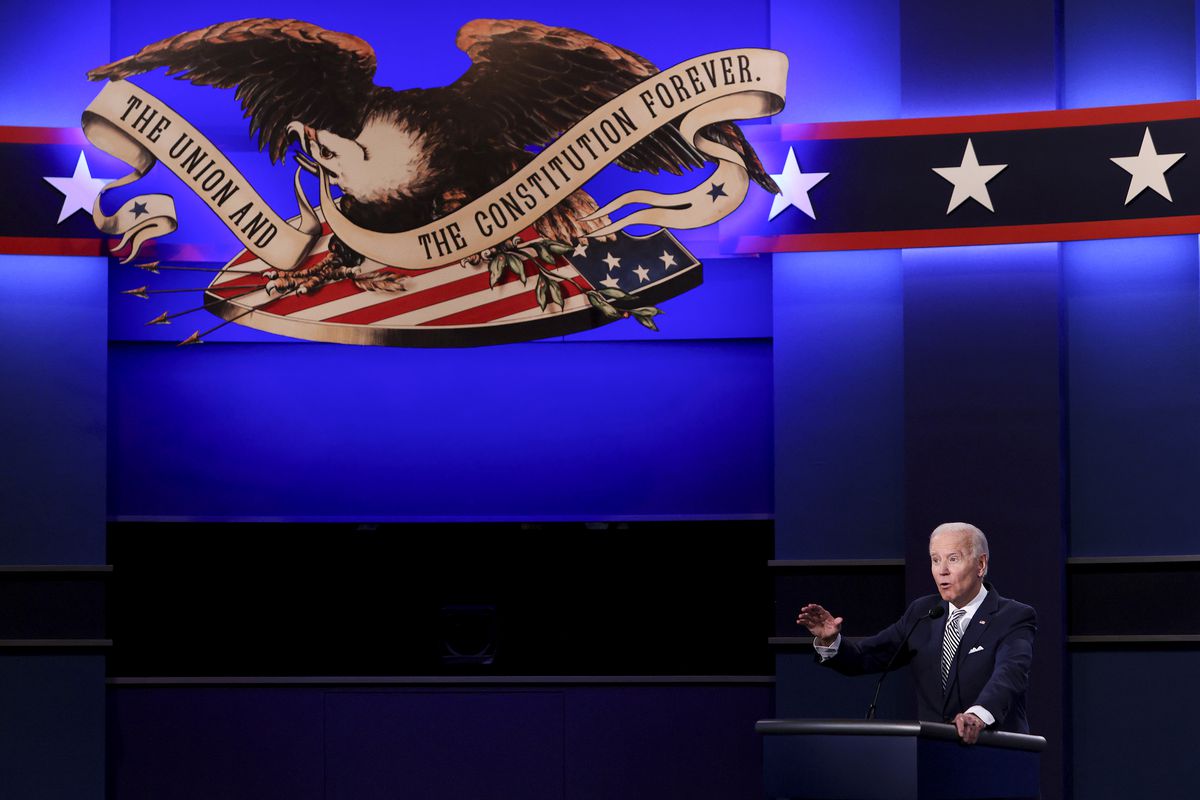 look at what he did, and what he did has been disastrous for the African American community.”

The most remarkable thing about Biden’s statement? It was true.

According to the APM Research Lab, as of mid-September, “1 in 1,020 Black Americans has died (or 97.9 deaths per 100,000).” More than 200,000 Americans are confirmed dead from Covid-19, and a disproportionate number of them are Black. It’s that simple. (Biden’s statement that 1 in 500 could die by the end of the year without swift action would appear to reflect the estimates that the US death toll could grow to 400,000 by January 1.)

There are several reasons why. Black Americans have disproportionately higher rates of preexisting conditions, including heart disease and cancer, which are associated with more deaths and hospitalizations from Covid-19. Black Americans are also more likely to work in jobs that are considered “essential,” which requires them to go into work and risk exposure to the coronavirus.

Housing segregation has also led to Black Americans having less access to clean water and created many longstanding health disparities. Race, place, income, and health, as should be obvious by now, are inextricably linked. And the health consequences of these inequities have been especially evident during the pandemic, as David Williams, a professor of public health and sociology at Harvard, wrote in a May 2020 editorial for JAMA:

Economic status matters profoundly for reducing the risk of exposure to SARS-CoV-2. Lower-income and minority workers are overrepresented among essential service workers who must work outside the home when shelter-in-place directives are given. Many must travel to work on buses and subways.

But the bottom line is, due to both systemic racism and factors particular to Covid-19 and the accompanying economic crisis, Black Americans have died at disproportionately high rates during the pandemic. The Trump campaign has feinted during the 2020 campaign toward appealing to Black Americans, or at least assuaging their white supporters that the Republican Party is not racist. Trump’s support has grown slightly among predominantly Black men, but Biden is still expected to overwhelmingly carry Black voters.

But Biden, as he did throughout the debate, brought the issue back to Covid-19. America’s failures, in the past six months but also throughout its history, have led to that tragic outcome.