While scrolling through my Twitter feed recently, an article on The Shadow League about Colin Kaepernick caught my eye. “Where Are Colin Kaepernick’s Frat Brothers?” it asked, then attempted to answer: “Unfortunately, the Kappas are hiding, too.”

The article rested on the observation that was incorrect on many levels from a man whose word choice hinted at someone whose knowledge of fraternity life stems from what he’s seen on A Different World (which was pretty ironic, as the article was on a website founded by a brother of Kappa Alpha Psi). But the article did one thing for me: It made me look at my own participation in the trials that Brother Kaepernick has been put through over the last year and examine what I’m willing to do to protect his right to free speech. 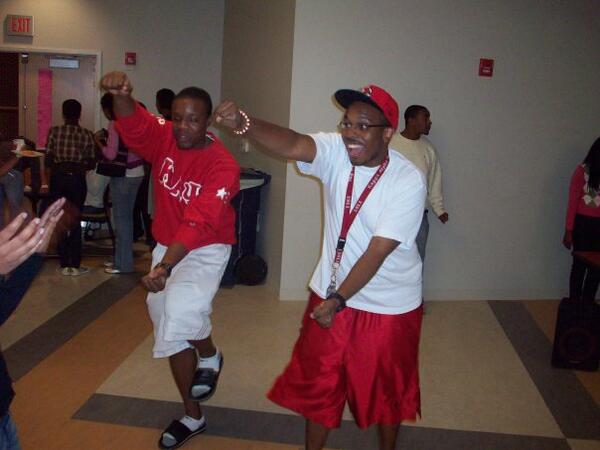 I became a member of the Epsilon Chapter of Kappa Alpha Psi Fraternity Incorporated at Lincoln University in Pennsylvania on April 13, 2007, two days after my 20th birthday. That decision has affected my life in ways that I couldn’t have imagined. When asked why I wanted to be a Kappa back then, I’d give the standard answer: “I wanted to be a part of a brotherhood that I couldn’t find anywhere else.” But the real answer came in December of 2006, where as an “interest,” I was invited to a community service function at the headquarters of the Philadelphia Alumni Chapter. Being in a room of Black men of all ages, colors, and professions who have impacted my hometown and were interested in helping me not just as an interest, but as a young Black man opened my eyes to what Kappa was. And it was then that I knew as much as I was a perfect fit for Kappa, Kappa was a perfect fit for me. 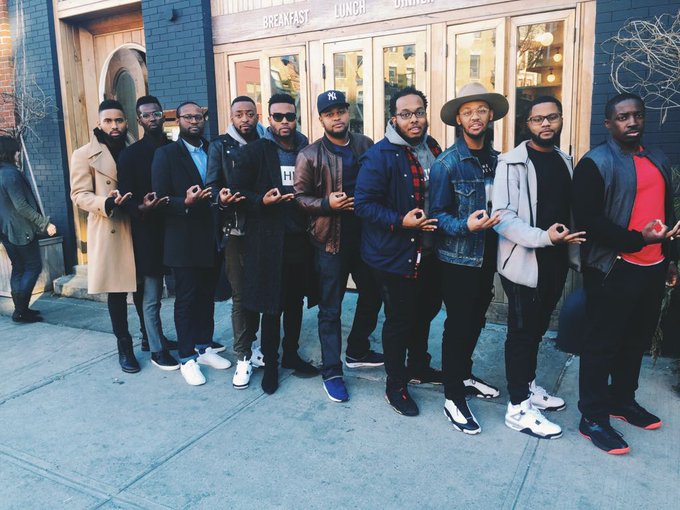 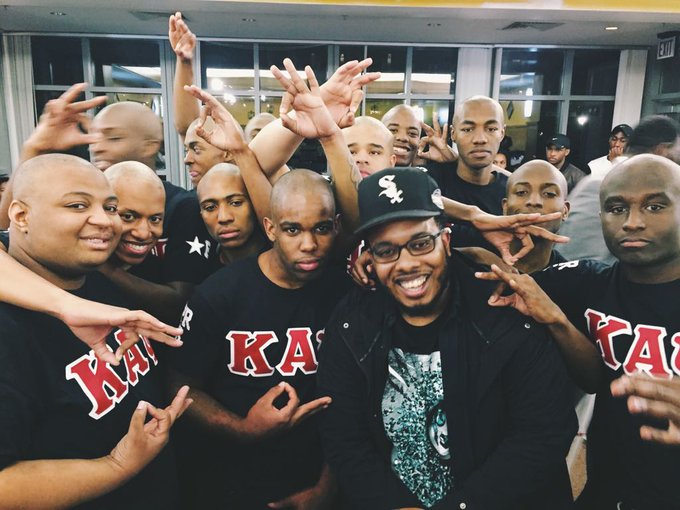 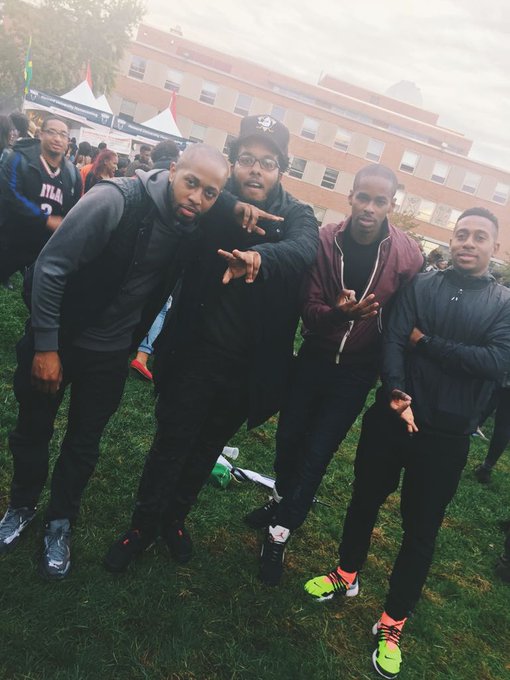 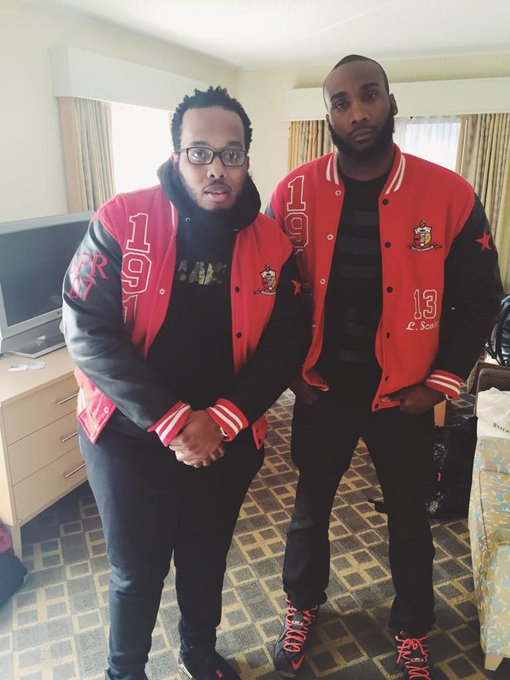 I’ve been a Kappa man for just over 10 years now, a milestone that seemed incredibly far away as a young neo, eager to learn the inner workings of the brotherhood, both in the business and social realms. And while I haven’t been financially active in my fraternity over the last couple of years, I’ve always tried to serve our bond in any way I could. I’ve seen many a young brother enter behind me, and have aspired to serve my fraternity as an open, extended hand to anyone who’s interested in my career field.

And that leads me to the current events surrounding Brother Kaepernick. Just after I read that farce of an article asking for the Kappas’ help, the local alumni chapters invited me to attend a rally to protest the mistreatment of Brother Kaepernick at the National Football League’s headquarters. I didn’t hesitate to participate, and I soon found myself walking to 52nd Street and Park Avenue with more than 200 Nupes walking side-by-side in solidarity for our brother.

But the rally did more than give me an outlet to support Kap. I caught up with brothers from my undergrad days that I haven’t seen in years, and I met brothers who have been members for as long as I’ve been alive. Having conversations with them about how Kappa was active in similar times of social unrest in decades past helped me understand the importance of our legacy. It brought forth that same feeling of brotherhood that led me toward the diamond in the sky back in 2007, and it made me realize that while my place in Kappa has changed over the years, it’s a bond I can always return to. 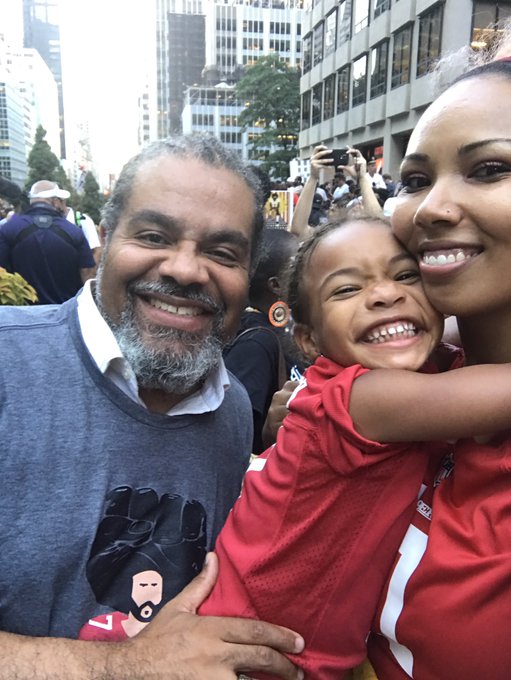 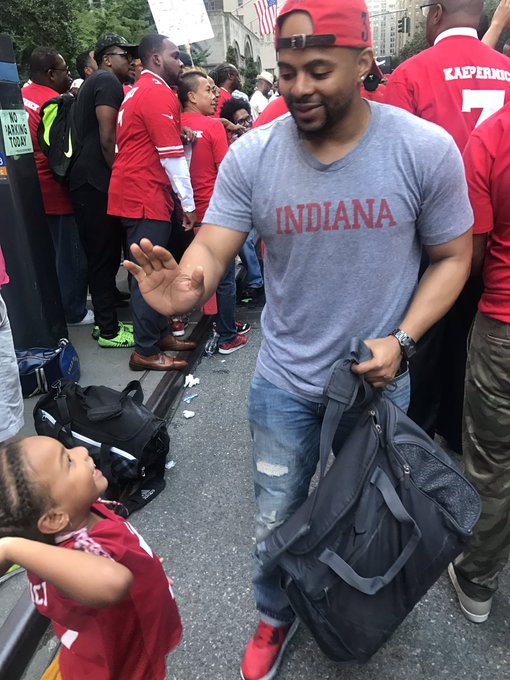 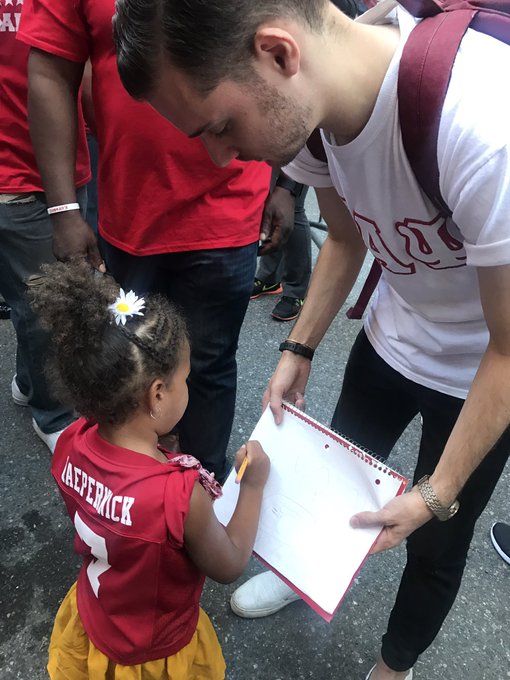 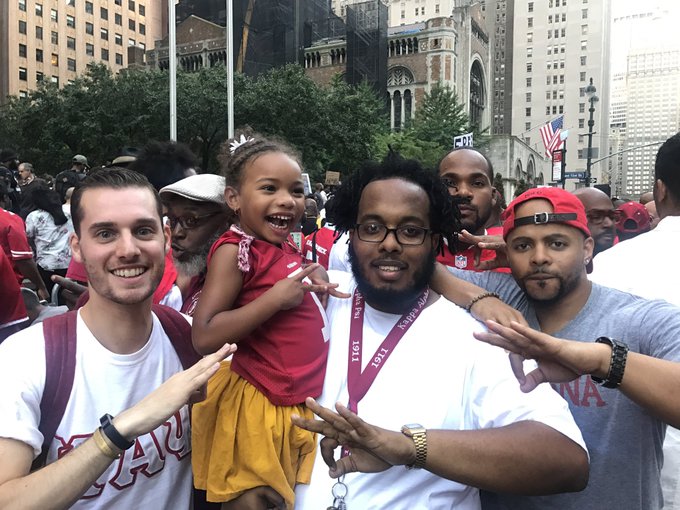 While I haven’t had the pleasure of meeting Brother Kaepernick in our travels, I hope that he knows that our fraternity is behind him. Thomas L. Battles, Jr., the current Grand Polemarch of Kappa Alpha Psi, issued a letter to the National Football League and its commissioner, Roger Goddell, showing that Brother Kaepernick officially has the fraternity’s support and offered to help open a dialog aimed at getting him back on the field.

It’s this dedication to brotherhood and serving in the public interest that has made my membership in this noble klan one of the best decisions of my life, and the events of this week reminded me why I took that pledge.

And for the writer who asked the question, “Where are Colin Kaepernick’s frat brothers?” Turn on the news; I’m sure you’ll see us, showing up in solidarity.

Three up top to the good Nupes. Phi V.