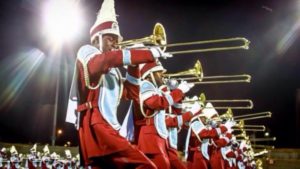 ATLANTA (AP) — The marching band of a historically black college in Alabama will perform in President-elect Donald Trump’s Jan. 20 inaugural parade, despite a barrage of criticism, the school’s president announced Thursday.

Talladega College President Billy Hawkins confirmed what the Presidential Inaugural Committee had announced Dec. 30. It was the first official word from the school.

The Inaugural Committee’s announcement last month had ignited passionate debate on the campus and around the nation.

In announcing that the Talladega College Marching Tornadoes will participate, Hawkins said the lessons students can learn from the experience cannot be taught in a classroom.

“We respect and appreciate how our students and alumni feel about our participation in this parade,” Hawkins said in a statement Thursday.

“As many of those who chose to participate in the parade have said, we feel the inauguration of a new president is not a political event but a civil ceremony celebrating the transfer of power,” Hawkins added.

The announcement followed several days of intense debate on social media. Some people voiced strong opposition, while others said it would be a good opportunity to perform in the parade.

The college traces its beginnings to 1865, when two former slaves pledged to provide a school for the children of former slaves of the community. The school was founded two years later, in 1867, according to historical accounts on its website.

Talladega will join about a half-dozen other college bands, at least eight high school bands and several military groups that have been announced for the parade lineup so far.