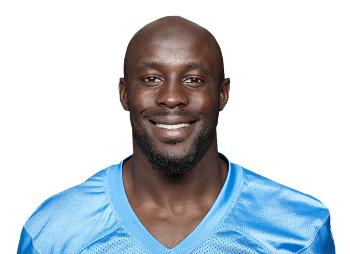 Gator Bowl Sports Chairman, David Long, has announced that Jacksonville native and Florida State standout Leon Washington, will be honored as the 2017 Gator Bowl Hall of Fame inductee.  Leon earned the MVP award in the 2005 Gator Bowl and is recognized nationally for his commitment to youth through the Leon Washington Foundation.  “Leon Washington is truly an outstanding individual who has been an amazing role model throughout his college and pro football career.  His desire to give back through the Leon Washington Foundation has truly made a difference in the lives of so many young people in the Jacksonville community,” said Chairman Long.  The Coaches Luncheon and Hall of Fame Induction will be held on Friday, December 29, 2017 at the Hyatt Regency Hotel at 12:00 noon.

A native of Jacksonville, Leon Dewitt Washington was born on August 29, 1982 and attended Richard L. Brown Elementary School, Kings Trail Elementary School and Matthew Gilbert Middle School where he developed a passion for football while playing in the Pop Warner league.  He went on to Andrew Jackson High School where he starred on the field earning Florida’s 2001 “Mr. Football” designation.

Leon Washington received an athletic scholarship to attend Florida State University, where he played for the Seminoles team from 2002 to 2005.  Washington became the only player in the Bobby Bowden era to score touchdowns in five different ways – by run, reception, punt return, kick-off return and fumble recovery.

In the January 1, 2005 Gator Bowl,  Leon Washington carried  Florida State much of the day, finishing with 195 yards rushing.  He went 69 yards down the right sideline on the game’s second play for the longest TD run in Gator Bowl history, a record he held until the 2008 Gator Bowl game.  He had 135 yards by halftime and had only 12 carries for the game, or else he might have challenged the Gator Bowl record of 216 yards by Syracuse’s Floyd Little against Tennessee in 1966.  His outstanding performance earned him the designation as the Most Valuable Player of the 2005 Gator Bowl, which represented just one of the numerous awards he received throughout his college football career.

Washington was selected in the fourth round of the 2006 NFL Draft to the New York Jets where, in 2008, he lead the NFL in all purpose yardage.  In addition to the New York Jets, Leon Washington went on to play nine years in the NFL playing for the Seattle Seahawks, New England Patriots and the Tennessee Titans.  During this time, he earned All Pro and was selected for the Pro Bowl multiple times.

Since retiring from the NFL, Leon Washington insisted on giving back to our youth and established the Leon Washington Foundation in 2013, with the stated mission to assist low-income Jacksonville families with education, sports, and life skills.  Washington’s Foundation weekend is a much anticipated event every year hosting 500 plus kids at his annual football camp.

Aside from all of Washington’s achievements, his greatest ones are the gifts of his children, Leon, Jr. age 12; Noel, age 8; Nolen, age 6 and Alissa, age 8 months.