Breaking news
Douglas Anderson #107 Alumni Association, Inc. celebrated their alma mater’s centennial last weekend at the South Bank Hotel in downtown Jacksonville. Keynote speaker was Jax native Dr. Abel A. Bartley, professor of African American and Urban History at Clemson University.  Chaired by Leonard Baker (1959) and Constance McCrary-House (1968), planning has been i npalce ofr over a year to chronicle the history and legacy of Douglas Anderson elementary and high school.  The centennial event theme “All Roads Lead to Douglas Anderson…Common Ground,” recognized the heritage that led the school on common ground since 1922. The school boasts a rich legacy of serving black students from communities on the Southside of Jacksonville in grades 1 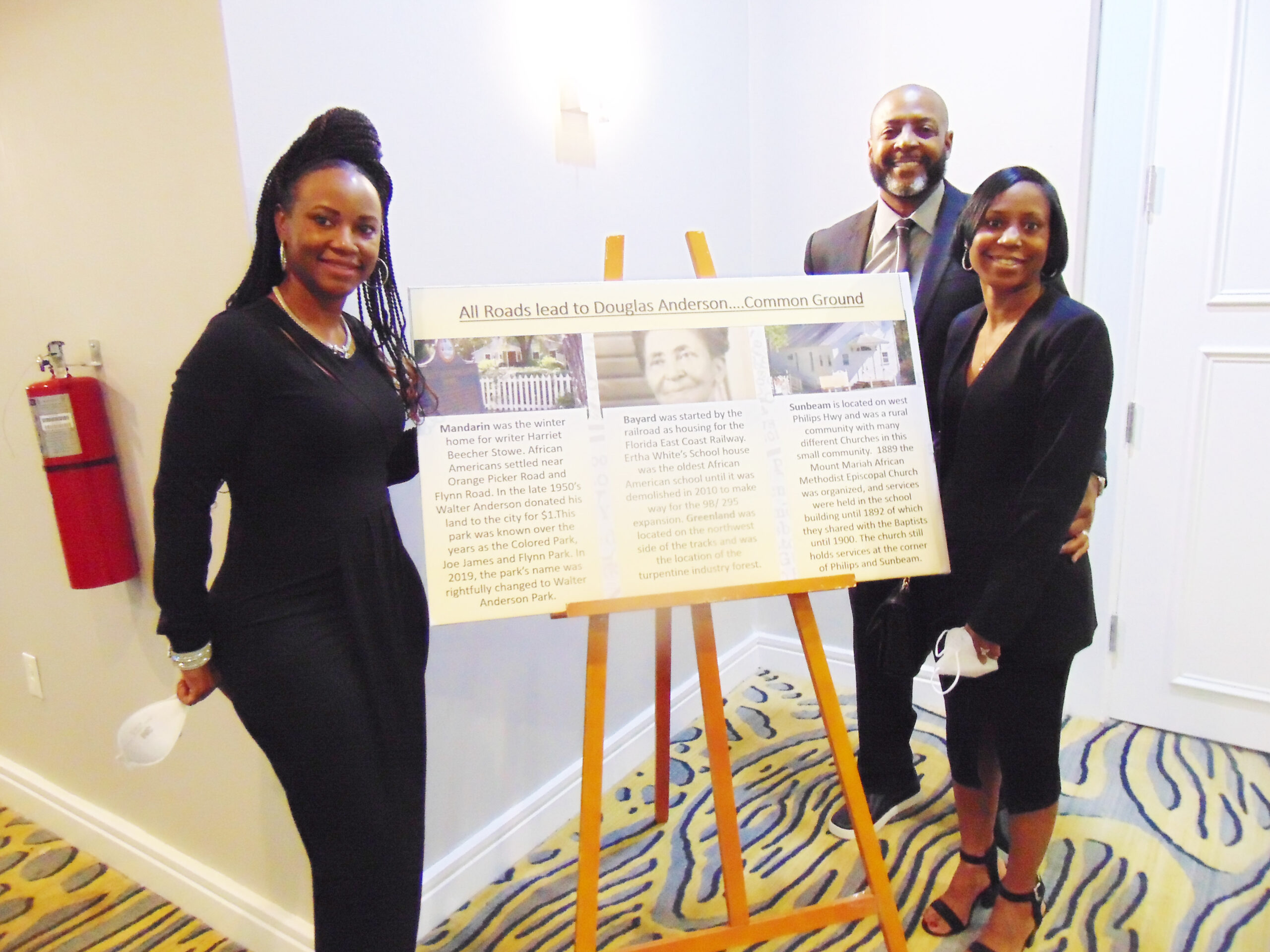 thru 9.
“100 years is a milestone. I graduated in 1968 and now it’s 2022 and my children and grandchildren understand the how important Douglas Anderson was to Jacksonville and black people. We were stuck together and still sticking,” said alumni and organizer Flora Coleman (1968).
In the audience were city councilpersons, school board members, alumni, former principals and local dignitaries eager to share their stories of the past, present and future.  Mistress of ceremony Councilwoman Joyce Morgan Danford kept the program flowing which included Bishop Edward Robinson Sr., Pastor, and Duval County Public Schools Superintendent Dr. Diana L. Greene.
The school opensed in 1922 as a primary school specifically for African American students and named after local civil rights activist, Douglas Anderson who was instrumental in its creation. It was transformed into a magnet school in 1985 and now known as Douglas Anderson School of the Art’s.