Brown-Hinds is the founder of Voice Media Ventures and the second-generation publisher of the Black Voice News. The multimedia company includes news weekly print and digital editions and a strategic communications firm specializing in community outreach and engagement.

When Gov. Gavin Newsom signed Assembly Bill 5 (AB 5) into law, it presented a new challenge to small newspaper publishers around the state.

The legislation, which aligned state regulations with Supreme Court guidance in the Dynamex ruling, left many incredulous that something intended to protect workers ultimately put the earnings of freelance writers and photographers who contract with small newspapers at risk. Afterall, most community papers operate on very tight budgets and rely on such independent contractors to bolster their newsroom capacity enabling them to cover stories important to local communities that might go unreported without their contributions.

The Dynamex ruling and subsequent AB 5 legislation came on the heels of a challenging decade for small publishers. Now, they face an equally challenging reality—restrictions on their ability to maximize the use of freelancers to help meet the reporting needs of their communities. The arbitrary cap at 35 submissions annually (the author of the bill admitted on social media that she only selected that number because the freelancers who advocated for an exemption, along with our trade association, asked for more) means less news coverage in the communities that need it the most.

In response, although some have elected to cut ties with freelance contributors, there is a better way forward.

While I do not advocate for news publishers to break the law, I do suggest that freelancers who care—and from the news articles that appeared shortly after the legislation was signed by the governor there seems to be a large number of them who don’t want to be employees for a variety of reasons—raise their collective voices to the legislature, especially the state assembly’s Labor Committee and express just how detrimental this law is for them. I would also suggest that newspaper readers share with their legislators that this issue needs to be reviewed and demand a better fix. 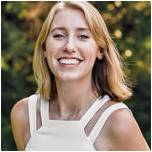 McLaughlin is double majoring in communications with an emphasis in journalism and political science. She is the editor-in-chief of The Santa Clara and plans on pursuing journalism following graduation.

Everyone works at their own pace. That’s what my computer science major housemate—a very structured-oriented student—keeps reminding herself because she doesn’t understand the lack of structure in some of her peers’ work schedule. This won’t end in college, though. Many people in the workforce enjoy contract positions that allow them to work on a case-by-case basis.

In fact, contract work, such as freelance writing, is an efficient opportunity for journalists to try their hand in the medium for a variety of stories, publications and locations. It places writers in a context that prepares them for full-time employment as a staff writer—no longer that traditional stringer. Freelancing even allows journalists the opportunity to never be tied down to one employer if they prefer not to be.

In addition, newsrooms cannot support a complete staff of writers the way they used to with full-time roles and the benefits that come with that. Thus, full-time position postings are becoming rarer and rarer, so much so that freelance jobs can be more reliable to pursue than the typical 9-to-5. Within the ever-changing landscape of journalism, freelancers are helping to keep the industry alive.

Publications turning to freelancers was a smart move and benefited both parties involved. Freelancers give publications the content they need to stay afloat, but they must look out for their own well-being while they carry the state of their passion on their backs.

While publishers are up against a wall, they must still support those who have continued to raise them up considering the decline of traditional staff structures. The role freelancers play in journalism is indispensable. They help lift the burden of over-worked staff writers and breathe a breath of fresh air into stuffy newsrooms. Cutting ties with freelancers may be the end of trustworthy journalism as we know it—and cutting ties doesn’t work when you’re already hanging by a thread.