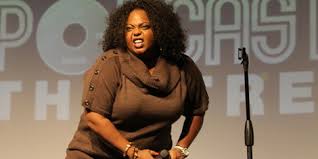 That’s just a brief history of her resume. Jax Free Press spoke to Cocoa and was enlightened on her goal to empower her audience on today’s issues pertaining to marriage, being a single mom and her “gift” as a comedian.

Growing up Cocoa always wanted to teach and preach! Cocoa was a model daughter; she regularly attended Sunday school with her family, got good grades, was a debutante, graduated from college and became a teacher. Although Cocoa’s role as a teacher gave back to her community, many people remarked that she could become a comedian, “yes that what the people say, and my friends always said I was the one who would sneakily say something funny and they would quip, ‘did she just say that’! – but my parents were not too pleased, as they listened to my first appearance, they were skeptical”. Well next thing you know Cocoa is on top of her game, touring the world, and accepting acting roles.

“As a comedian I give the audience who I am, the funny jokes, the improv, etc. As an actress I take the role and play the characters role defined in the script”

“Being a comedian sometime you don’t have a filter, I have been able to make my audience laugh regardless of their religion or ethnicity; each member of the audience can relate to my jokes. I was taught that you have to have a formula to have audience members laugh at the same time”.

“My grandmother always said, your test, should be your testimony”.

“What I always say is that sometimes ‘your destiny finds you,’. I would have never known that I would be a comedian. I was happy with my life and wanted the trappings of a husband, and a good corporate job. Comedy has provided me the opportunity to make people laugh and educate my audience.  Many fans thank me for my jokes as they have happily applied my antics to take action in their relationship.”