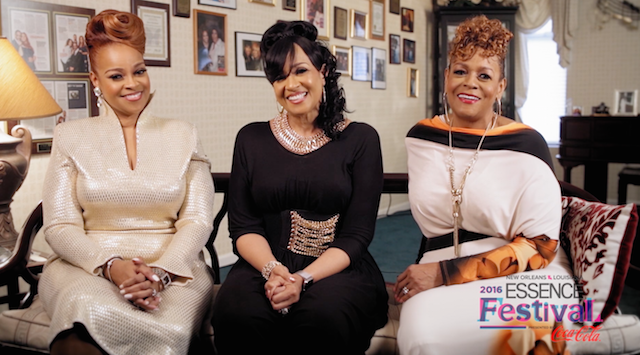 The story of the Clark Sisters is coming to television in 2019 as a Lifetime movie will follow the gospel legends’ rise to fame.
The legendary gospel siblings will be the subject of an upcoming Lifetime biopic produced by heavyweights Queen Latifah, Mary J. Blige, and Missy Elliott. You Brought the Sunshine, which will tell the story of their rise to fame, will air early 2019.

The Detroit-based Grammy Award winners are credited for helping to bring gospel music to the mainstream.

No actresses have been attached to the project as yet.

Daughters of the legendary Dr. Mattie Moss Clark, these dynamic trailblazers have given us hits such as, “You’ve Brought the Sunshine”, “Endow Me”, and “Is My Living in Vain.”

The five sisters—Karen Clark Sheard, Dorinda Clark-Cole, Twinkie Clark, Jacky Clark Chisholm and Denise Clark Bradford—have inspired many of today’s divas including Mariah Carey, Beyonce and Faith Evans. Denise is no longer associated with the group, though there has been talk of the group performing with her again.

The Clark Sisters were honored at the 2016 Essence Music Festival. They also performed at Aretha Franklin’s funeral earlier this year.

You Brought The Sunshine is the title of The Clark Sisters’ eighth studio album, which was the group’s first album to be certified gold.