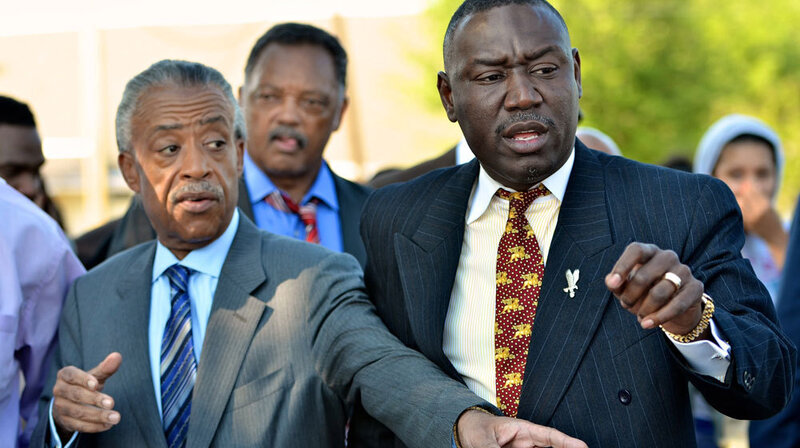 Crump, along with co-counsel at the Hilliard Martinez Gonzales, Hagens Berman Sobol Shapiro LLP, and Morgan & Morgan law firms, announced the lawsuit against Gilead Sciences, accusing the company of intentionally withholding a safer HIV drug from hundreds of thousands of patients in order to extend the profitability of the patent it held on an older, more risky drug. The tactic, Crump said, unjustly affected patients in the black, minority, and LGBT communities.

In the lawsuit, Crump and co-counsel Bob Hilliard and Steve Berman, assert that Gilead withheld a second-generation HIV drug that was safer and produced fewer side effects and complications, in order to prevent competition with its harmful first-generation drug until its patent expires in 2021. Gilead’s first-generation drug, known as TDF, can cause life-threatening side effects such as bone demineralization and kidney toxicity. For a person already living with HIV/AIDS, these side effects and toxicities turn a manageable condition into one that is potentially life-threatening.

The HIV epidemic is characterized by extraordinary disparity regarding minority groups. Despite representing less than 13% of the U.S. population, in 2017black and African-American residents made up 44% of those who were newly diagnosed with HIV. Similarly, while Hispanics and Latino Americans made up 17% of the U.S. population in 2015, they made up 22% of people living with HIV. African-Americans have the highest rate of new HIV diagnoses compared to other races and ethnicities. More than seventy percent of all new HIV diagnoses in 2017 were in gay and bisexual men, as well as transgender women, of all races.

“Gilead’s chosen path of inaction is causing tremendous harm to persons with HIV, particularly black and LGBT minorities, by keeping drugs that would reduce deadly symptoms off the market and unavailable to those who need them the most,” said Crump. “This lawsuit is a major step in the right direction toward racial equity in communities unevenly affected by HIV and exploited by pharmaceutical Goliaths like Gilead.”

Because Gilead willfully grips the market with its monopoly, it is able to charge exorbitant prices – more than $3,700 a month – at the expense of the populations who need it most.

“This new lawsuit seeks justice for underrepresented communities, providing a voice to those who may not have ever received one otherwise,” Crump said. “As long as Gilead continues to cravenly value profits over people, people living with HIV/AIDS will suffer from a lower quality of life. This must stop.”

For more information about the class action lawsuit, visit http://www.tdflawsuit.com/.