By Lynn Jones – With the City Councilman At-Large, Group 3 vacate seat election at stake, Black voters continue to lag behind at the polls to the chagrin of politicians representing urban districts. Minority voter apathy speaks volumes failing to deliver candidates that would generate dollars for urban neighborhoods with the potential of creating healthy prosperous environments. In Jacksonville, it is not uncommon to see many of the poorer neighborhoods still without septic tank connections, trash thrown in the streets and plagued by men loitering in front of storefronts. 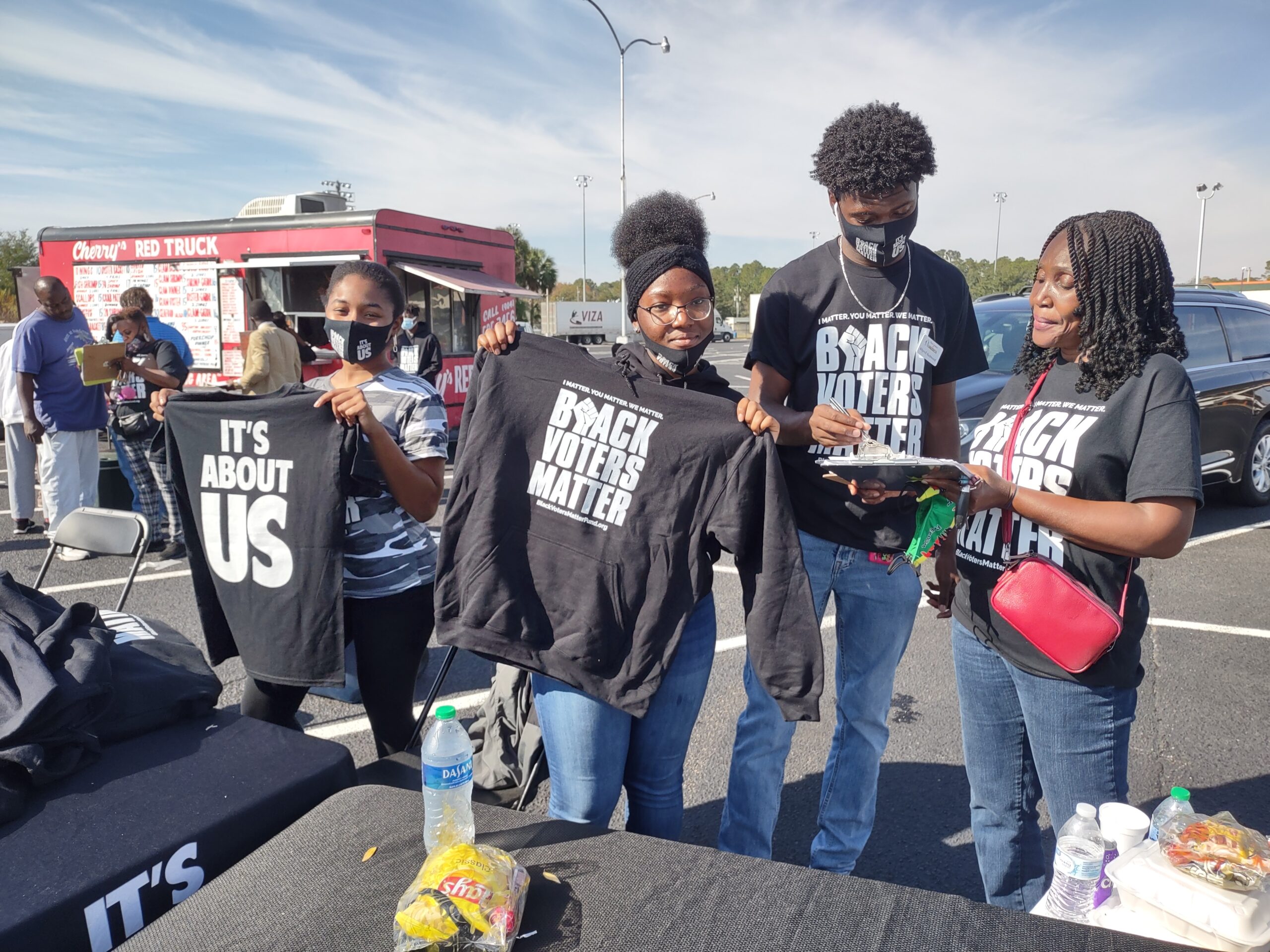 The ‘Get Out the Vote (GOTV),’ BlackVoters Matter’s (BVM) “Blackest Bus in America” tour made a stop in Jacksonville as part of the organization’s Collard Green Caucus –  a national campaign to reach Black voters during the holiday season. The bus made stops at Edward Waters University and the Shoppes of Sherwood while in Jacksonville where BVM organizers hosted food giveaways, distributed voter information and engaged Black voters on issues impacting their communities.

“I’m appalled at the continued low turnouts at the polls, our ancestors fought for the right to vote and we have not held up our end of the bargain,” said attendee Lisa Williams.

Organizers hope the lure of the cultural soul food delicacy will bring awareness to the plight.

“We are going to continue this fight because our communities and our citizens are worth fighting for,” said State Rep. Traci Davis.

As for the collard greens approach to awareness, the politicians vow to meet people wherever they can. 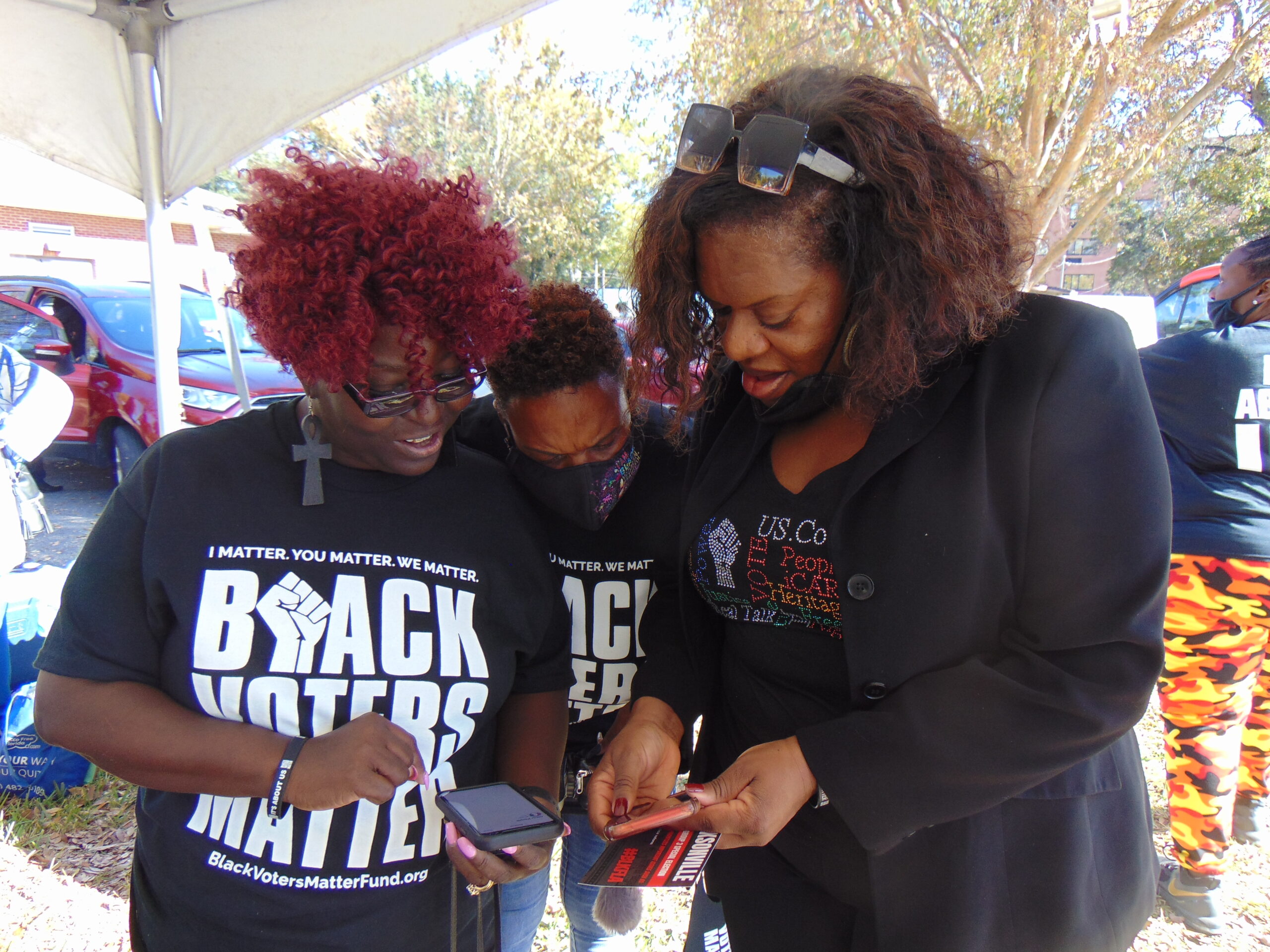