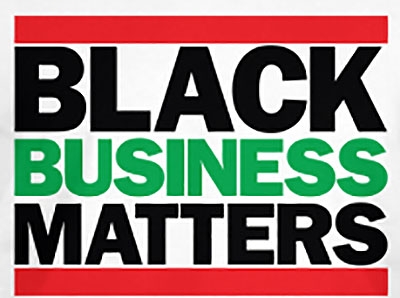 An untold number of small businesses have been disproportionately hurt by the coronavirus crisis as the nation’s top elected officials struggle to agree on how to provide financial relief for companies and taxpayers alike as the country inches closer to a new recession. While citizens were waiting to learn how much money the government would give them, one of the more understated casualties from the sudden economic and social effects of the coronavirus has been Black-owned businesses.

Senate Democrats on Sunday rejected Republicans’ stimulus package that included “a $350 billion forgivable loan package for small businesses that would be designed to keep employees paid even as business ground to a halt,” CNN reported. That meant that Black-owned businesses would continue to feel the brunt of the economic impact from the COVID-19 respiratory disease that has killed more than 400 people nationwide and infected more than 30,000.

Some companies have resorted to starting crowdfunding campaigns while their doors are closed as part of the government’s mandate for non-essential businesses to suspend services in an effort to help slow the spread of the highly contagious coronavirus. That was the case for Uncle Bobbie’s Coffee & Books, which owner Marc Lamont Hill announced on Sunday will “temporarily close.” He tweeted out a GoFundMe account “to raise funds for supporting our staff and paying bills.”

The story of Uncle Bobbie’s was not too different from those being heard from the restaurant industry’s Black-owned businesses. Marcus Samuelsson, the owner and head chef of the world-famous Red Rooster restaurant in Harlem, was also feeling the sense of urgency from the unexpected economic crisis brought on by the coronavirus that has kept customers away from their favorite eateries. He recently told NBC that he thought the effects would be “worse than after 9/11” and insisted the restaurant industry be considered in the stimulus package.

Samuelsson said while it’s “important” that big businesses get bailouts, the restaurant industry and the 15 million people it employs — cooks, dishwashers, servers, bartenders — should not be forgotten.

“When a neighborhood restaurant shuts, it impacts so many more people than people can imagine,” Samuelsson said.

The main problem that Black-owned and other small businesses face is the inability to get the capital. Forbes reported that without that ready access to small business loans needed for economic stability, there is little to no security in the face of an emergency, like the coronavirus crisis. That’s what’s happening now.

If there is one positive that has emerged for Black-owned restaurants in the coronavirus era, it’s the use of technology. The food delivery service Black and Mobile is focusing on rallying around Black-owned eateries during the health crisis.

The platform — which was founded last year by Philadelphia brother-duo Aaron and David Cabello — was created to spread awareness about Black-owned establishments by helping them grow their digital presence in an effort to connect them with more customers and boost their sales. The delivery service has expanded into Detroit and has an ever-growing directory that features 30 Philadelphia-based restaurants and nearly 20 in the Motor City. The twin brothers are dedicated to supporting Black-owned businesses all-year-round but say due to the current health crisis they need assistance now more than ever. Black and Mobile has experienced a surge in deliveries and sales since the outbreak shifted the communities they serve. The founders said they hope to expand into other cities.

Of course, since Black people have major spending power, though — to the tune of $1.2 trillion annually — so in theory, there should be no excuse not to throw a few bucks to the companies owned and operated by Black folks. Along with the aforementioned companies, there is no shortage of Black-owned businesses to support, with the internet being the great equalizer for those without a physical store.

The Strivers Row project lists dozens of Black-owned businesses in New York City, which has been described as “the epicenter” for the coronavirus in the U.S.

If you’re still having problems finding a Black-owned business to support, there is, of course, an app for that.

Official Black Wall Street, which serves as a vast directory of Black-owned businesses across the globe, was created to make the directory more accessible and to encourage individuals to circulate money in the Black community.

Still no luck? Here’s a list of more than 100 Black-owned businesses. The Black Business News Blog listed 25 Black-owned businesses offering up their wares for sale, including everything from desserts and snacks to drinks to cosmetics to clothing and more. The Black Girl With Long Hair website also listed more than 40 other Black companies that focus on cosmetics and fashion.