By WI Web Staff – John Deere, the world’s leading manufacturer of farm equipment, takes pride in its corporate values of “integrity, quality, commitment, innovation,” but apparently cares little for equality and inclusiveness when it comes to supporting the nation’s Black farmers.

That’s the sentiment expressed by the Virginia-based National Black Farmers Association, which says it routinely has invited the company to display its equipment at the association’s annual conference, only to be rebuffed. 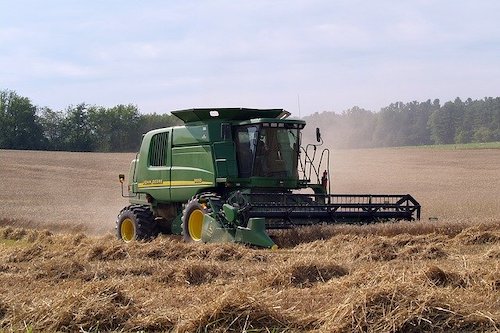 “John Deere has shown throughout its history that it has little respect for Black farmers. The company seems to view our invitations as a nuisance,” NBFA President John Boyd said in a statement this week. “I have reached out to Mr. John May, president of John Deere, numerous times to discuss the issues raised by the NBFA. Mr. May’s response is ‘I decline your invitation,’ which is unacceptable.”

With 116,000 members in 42 states, the NBFA represents a substantial customer base for industry giant John Deere, which continues to participate at predominantly white farm shows and events while snubbing the Black farmers’ events, according to the press release. John Deere denies Black farmers the respect and dignity they deserve, reflecting the level of disdain that is still widely prevalent in agricultural industries, the release continues, adding that NBFA members deserve the same treatment as the Farm Bureau, whose members enjoy discounts on John Deere purchases.

“Service call inquiries to John Deere equipment from Black farmers is much slower than their white counterparts,” Boyd said. “We buy tractors and John Deere parts as well. We deserve to be treated with dignity and respect not as a nuisance. … We announce a boycott of John Deere. We are asking all NBFA members to stop buying John Deere tractors, implements, mowers and parts. We are now open to new relationships with companies who value the work of NBFA members.”

For more on the original article visit: https://www.washingtoninformer.com/black-farmers-group-calls-for-boycott-of-john-deere-parts-equipment/