He fought the good fight, he kept the faith,” Clinton said. “It is so fitting on the day of his service, he leaves us our marching orders: ‘Keep moving.’”

The Democrat, who served as the 42nd president of the US from 1993 to 2001, went on to say that years later, Lewis “lost the leadership” of the Student Nonviolent Coordinating Committee.

The SNCC became the cutting edge of the student direct-action civil rights movement — and Lewis was the committee’s chairman from 1963 to 1966.

Clinton said: “Just three years later, he lost the leadership of SNCC to Stokely Carmichael because it was a pretty good job for a guy that young and come from Troy, Alabama.”

“It must have been painful to lose, but he showed as a young man there’s some things that you just cannot do to hang on to a position because if you do, then, you won’t be who you are anymore. 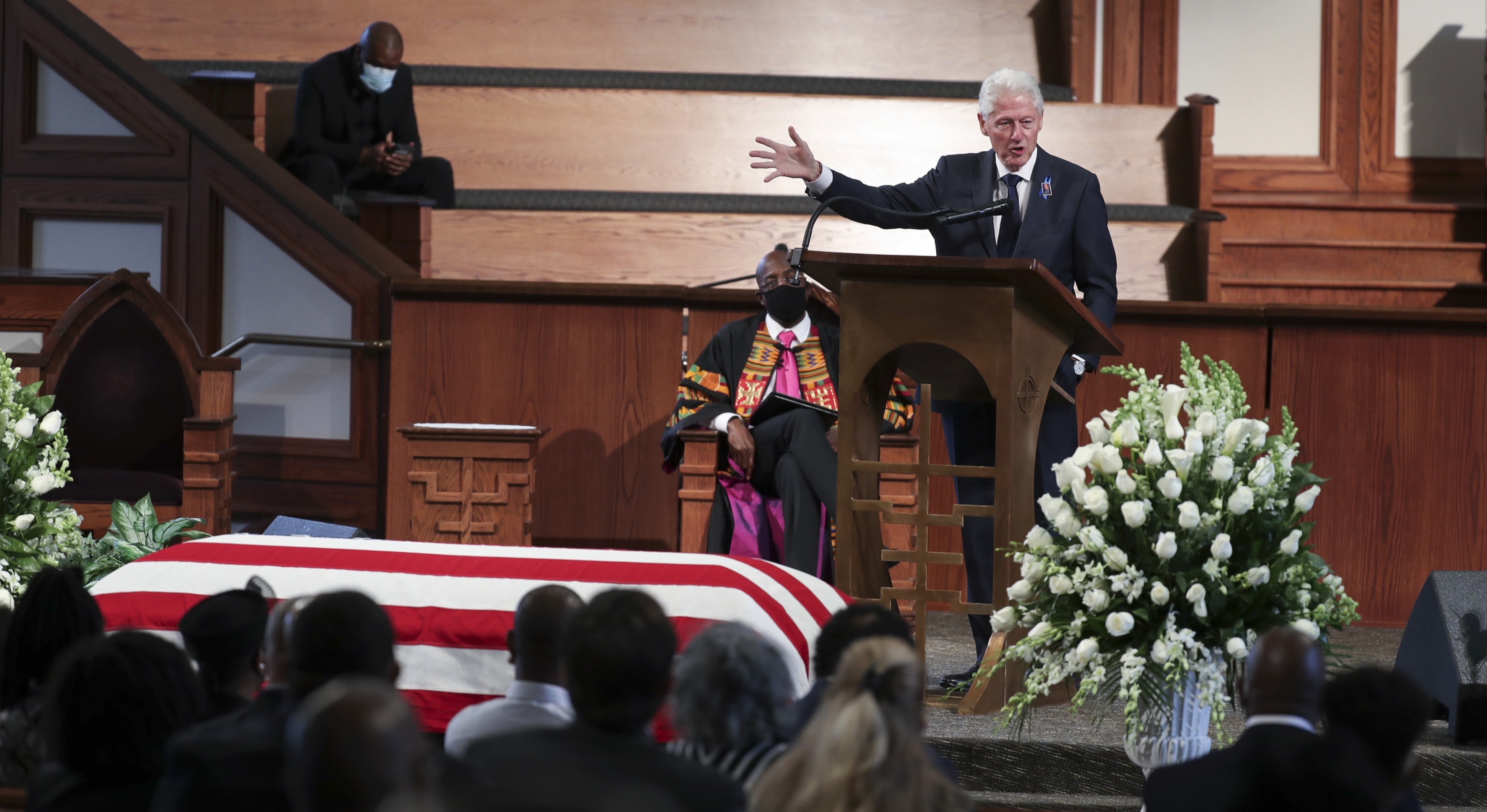 “And I say there were two or three years there, where the movement went a little too far towards Stokely, but in the end, John Lewis prevailed.”

Carmichael, who later lived under the name Kwame Toure, headed the SNCC from 1966 until his ouster in 1969.

The SNCC’s website states “Carmichael is often remembered as confrontational in style and far removed from nonviolence.

“Yet he credited nonviolent activism as leading him and other young black people like himself into the Movement.”

After leaving the SNCC, he became “Prime Minister” of the Black Panther Party.

Clinton’s remarks about Carmichael during his eulogy of Lewis were slammed online.

They described the remarks as “bulls**t.”

“Also, who uses a funeral to talk s**t about someone else who was also doing the work?” they wrote.

“Bill Clinton has never been on the righteous side of right and he couldn’t even keep his pettiness out of a funeral speech.

“That s**t was written down and read out loud in front of black people there to honor a fallen hero.”

“Stokely was radicalized differently [after] getting arrested for 27th time fighting for civil rights in Greenwood.

Literally cringed. Stokley was radicalized differently aftr getting arrested for 27th time fighting for civil rights in Greenwood.He decided from then on if white people hit him, he was going to hit back. Both tactics had their place, but white people were only comfortable w one. https://t.co/w5mxtvx20M

“He decided from then on if white people hit him, he was going to hit back. Both tactics had their place, but white people were only comfortable [with] one,” she wrote.

During his speech, Clinton ran through a long list of memories he had with Lewis, starting with the first time he met the legend in the 1970s.