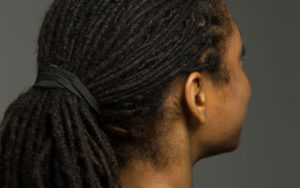 Berkeley professor Angela Onwuachi-Willig is well versed in employment discrimination so she’s using her expertise to take on school policies that discriminate against Black students by attempting to ban or punish students who wear dreadlocks and other natural styles.

“The reasons most commonly provided are that such hairstyles are faddish, extreme, distracting, and unprofessional,” Onwuachi-Willig said in an article on the Berkeley Law website. “What’s troubling is that banning these hairstyles essentially tells Black girls and women—nearly all of whom have tightly coiled hair or coiled hair that grows into an Afro—that the hair they were born with is faddish, extreme, distracting, and unprofessional. It sets up a standard that appears neutral in its language but is actually racially discriminatory.”

Willig, who rocks locs herself, collaborated with fellow law professors Trina Jones, Kimberley Norwood and Wendy Greene to draft letters requesting the termination of school policies that punish Black girls and women for wearing their natural hair. The letter was sent to school board presidents and departments of education in every state.

In 2014, braids, twists and locs were banned in the military. The ban was lifted in February, but that didn’t prevent others from facing scrutiny for natural styles. In the past year, numerous black employees and students have received the threat of being fired or kicked out of school for their hair choice. Last September, the 11th U.S. Circuit Court of Appeals decided that employers have a legal right to turn away potential employees solely because they have locs.

To date the the four professors have collected 120 signatures from academics throughout the globe.