By Raquelle “Rocki” Harris (Soruce: www.rollingout.com) – Maintaining dope hairstyles can be expensive, so business mogul and co-host of The Breakfast Club, Angela Yee, offers affordable products from Private Label Extensions. Available online and in stores, it’s the premier source for hair extensions, wigs and lashes. During the wholesale day in Detroit on Sunday, March 28, 2021, the entire line was available at discounted pricing. The event provided the everyday consumer with access to quality items that are normally exclusive to beauty industry professionals. Yee, who owns several properties in Detroit, intentionally brought a Private Label boutique to the Motor City this past February.

“I feel like Detroit, the women here, their hair is always done. It’s a real place where people care so much about being put together right. So, I thought this would be a good place to open a high-quality, hair store with prices that aren’t ridiculous,” she said as she engaged with fans and her staff.

Yee’s partner and the CEO of Private Label, Mikey Moran, has been in the hair industry since 2012. The Atlanta-based company’s collaborations in Asia make it a direct source for hard-to-find items 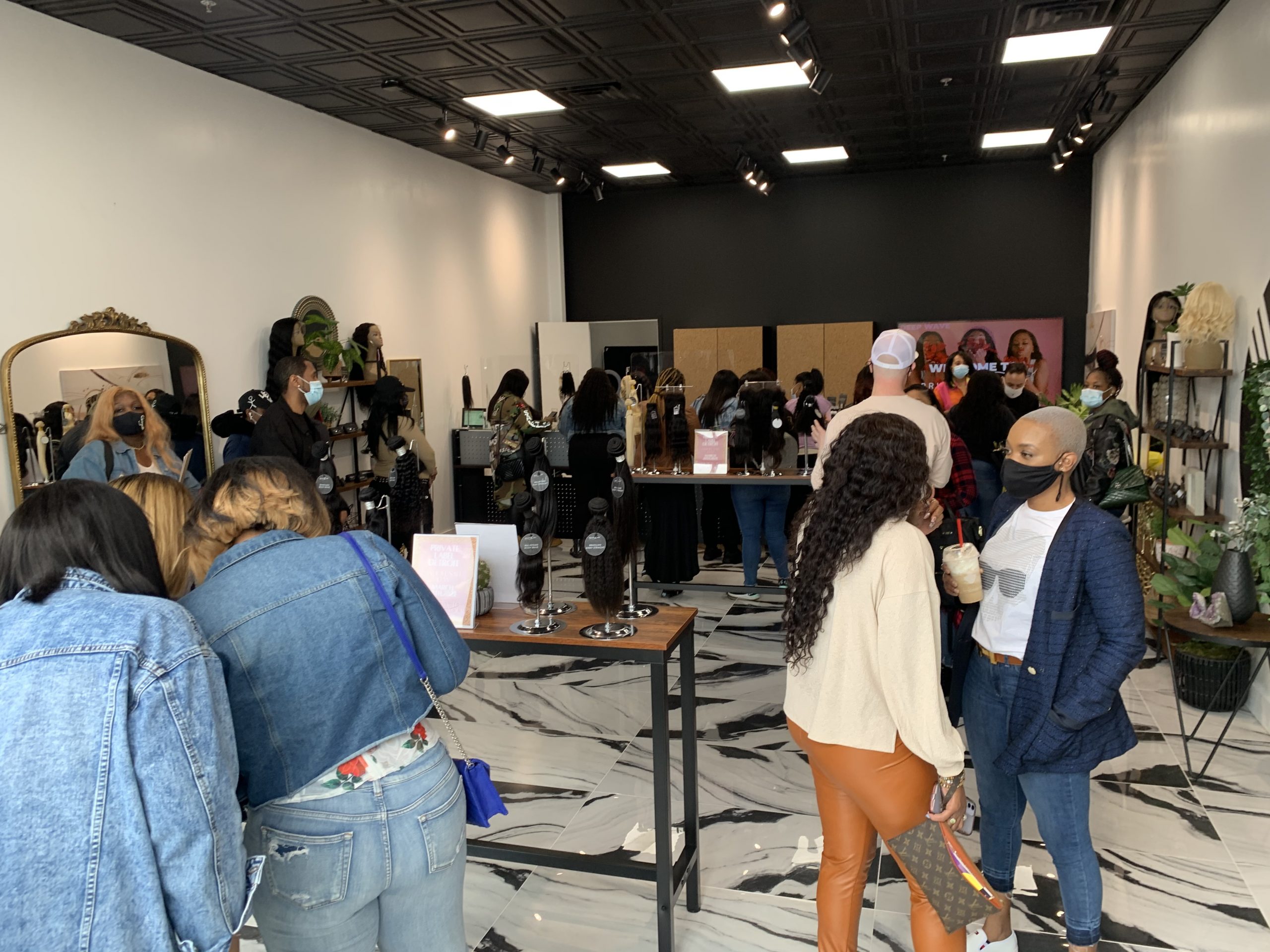 Like many women, the host of the award-winning Lip Service podcast enjoys having options for her hair. “Hair is an accessory, and when you do this, it should be something that you normally don’t have — something fun, something different,” she said.

Although she is excited about the expansion of her brand, Yee, who is of Afro-Caribbean and Asian heritage, spoke about the uptick in violence against Asians that has prompted #StopAsianHate. “I don’t like the division in the Black and the Asian community,” she said. “I know that Asian beauty supplies don’t treat people well. That’s a real issue. It’s also a cultural thing. … I have a problem with anybody that thinks it’s OK to beat somebody up. We’re all trying to fight against the same thing — white supremacy.”

She continued, “I would love if this could open up conversations in both communities for us to be supportive of each other. Let’s figure out how we can move forward and improve things for the future. … A lot of hate comes from ignorance.”

With multiple ventures in play, Yee’s moves are an outstanding example of wealth building. She noted her juice bar, real estate, stock investments, coffee company and Private Label as the multiples bags she has secured. “It’s important to be diverse. If there’s anything we’ve learned from the pandemic [it] is that one stream of income isn’t gonna do it. A lot of people think real estate — that’s it. But you have to have other things going on. Once you get yourself in the position to be able to do more, take those risks.”