By D. Kevin McNeir – Senior Editor – (Source; www.washingtoninformer.com) I was only 7 years old when I received my first lesson on what could happen when the “wrong person” held a loaded gun in their hands — when evil was allowed to triumph over good. It was the summer of 1967 — a moment in time that will remain etched in my mind forever in sadness.

I received a primer in how former neighbors could so easily take on a new mantra as angry and irrational people simply because of the profound differences which they believed existed between one another. I had not seen the distinctions between Black and white that many of the elders had taught their fledglings — a distrust of and hatred for “the other” fueled by fear and falsehoods.

In the midst of that oppressively hot summer, as I hovered behind my father’s muscular frame and hid within my mother’s flowing skirts, I watched helplessly as my beloved city of Detroit was transformed into a frightening wasteland. After decades of slowly-brewing racial tension, the simmering cauldron of prejudice and irrational hatred had reached the boiling point. 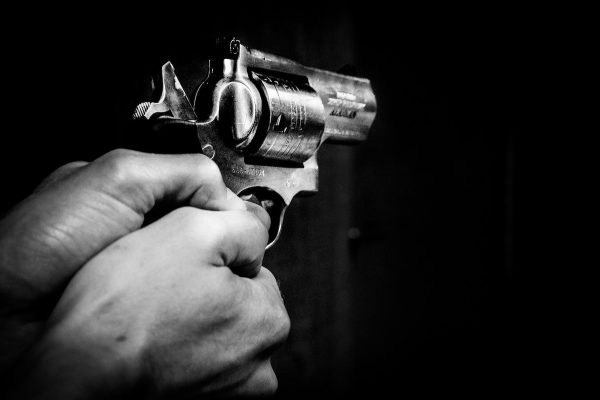 Of course, I was too young to realize that as the bloodshed, burning and looting took place — resulting in the death of 43 people, mostly Black, 342 injured and nearly 1,400 buildings destroyed., that summer would also signal the end of my childhood innocence.

Yet, what I saw play out in my hometown, mostly in Black neighborhoods that I had grown to love and cherish so much, was in stark contrast to the acceptable forms of behavior that my parents taught me. While my father had been taught in his formative years the mastery of weapons, he also learned that those weapons must be given the same kind of respect as we give to human life.

Said in another way, arguments were to be settled through boisterous discourse, sometimes even with the addition of four-letter words meant only for adults. But not in a senseless fury of bullets. And if and when words failed to help opposing parties resolve the matter at hand, it was then that they might be forced to “put up their dukes” in an honorable fistfight.

I never considered taking one of my father’s many handguns or rifles out into the streets after someone called me the “N-word” or after someone had the audacity to talk disrespectfully about my mother. I never contemplated returning to the “scene of the crime” where I had earlier been bloodied and beaten by “friend or foe,” but this time armed and ready to exact my revenge.

I knew that resulting to such extremes, while they might bring me momentary victory, were unacceptable options which neither of my parents would ever condone — no matter what reasons I might offer as justification for my actions.

Why is it then that Americans, both Black and white, seem so troubled by the world, so overwhelmed by the vicissitudes of life and so unhinged by their own internal struggles that they easily resort to gun violence — shooting first and asking questions later? Why do we see so little value in human life — sometimes our own and more often the lives of others — that we allow trivial differences and minor disagreements to transform us into crazed villains like bandits from America’s days of the Wild, Wild West?

Every day in cities across the U.S., there are reports of shootouts and showdowns. Mass shootings and murders have become so commonplace that we have become desensitized by their frequency and the results.

Such deeds cannot be reduced to examples of our exercising our Second Amendment rights. After all, with all of our Constitutional rights, we have been gifted with a quiver of powerful “weapons.” Yet, somewhere along the way many of us have forgotten that with great power comes great responsibility.

And so, more and more Americans have become enraptured — even obsessed — with guns. Maybe, it would be more accurate to say we have become obsessed with the power that flows through our hands when we are armed and dangerous.

Yes, the U.S. Constitution gives American citizens the right to keep and bear arms. But we do not have the right to use those arms as we please in order to carry out senseless warfare against those whom we dislike or with whom we disagree.

For all of our modern wonders and scores of discoveries that have collectively improved both the quality and length of our lives, we have transformed our nation into a paradise of fools.

Reflecting once more on the Detroit Riots and the destruction that I witnessed, I am reminded of the question which the prophetic Marvin Gaye posed just a few short years after the conflagration occurred.

“What’s Going On” he asked our nation? But was he really asking the question or was he simply positing a rhetorical inquiry? I believe he already knew the answer and mourned the new reality.