The historic Beta Nu Chapter of Alpha Phi Alpha Fraternity, Incorporated, founded by one of the fraternity’s original founders, known as “Jewels,” Charles Henry Chapman,  and the oldest college Alpha chapter in the state of Florida, recently held its 85th Reunion on the campus of Florida A&M University, April 20-23, 2017.  “Jewel” Chapman, was a professor of agriculture at the former Florida A&M College from 1924 until 1934.

Beta Nu brothers from around the country returned to FAMU to celebrate the anniversary of the chapter with the theme, “Continuing the Tradition, Tenacity, Above All Tenacity.” Some of the highlights of the reunion included reports on the university by Brother Dr. William Hudson, Vice President for Student Affairs; and update on the Student Government Association by recently re-elected SGA President Brother Justin Bruno, a Beta Nu initiate; and an Alumni update by Brother Lt. Colonel Greg Clark, President of the FAMU National Alumni Association.

Additionally, former FAMU President Brother Dr. Frederick S. Humphries, also a Beta Nu initiate, was the keynote speaker for the Reunion. Brother Humphries said, “There’s still a shortage of Black doctors, lawyers, computer science and engineering professionals, as well as, developers of smart applications for smart phones and digital platforms.”  Brother Humphries added that, “Alpha’s have to blaze the path of leadership for the African-American community and help rebuild our communities,” citing a need for a bigger and bolder vision on a national scale.

Brother Humphries also challenged the Historically Black Colleges and University (HBCU) community saying, “HBCU’s have to stop waiting for people to bail them out, acting like we don’t know how to perform. We have people with the highest degrees in the country and need to demonstrate to the world that we know how to do something.”  Brother Humphries said, “The HBCU community could play a significant role in helping Haiti rebuild after the devastating earthquakes ravaged the country,” as an example.

Other highlights included: Brothers Rick McGriff and Brother Colonel Brodes Hartley, Jr.’s return to the campus. Brother McGriff is a 1952 initiate of the chapter and served as Brother Hartley’s Dean of Pledges and also pledged Brother Humphries; the completion of renovations to the Alpha fraternity house on South Martin Luther King Boulevard and the campus introduction of 21 new spring Beta Nu initiates. 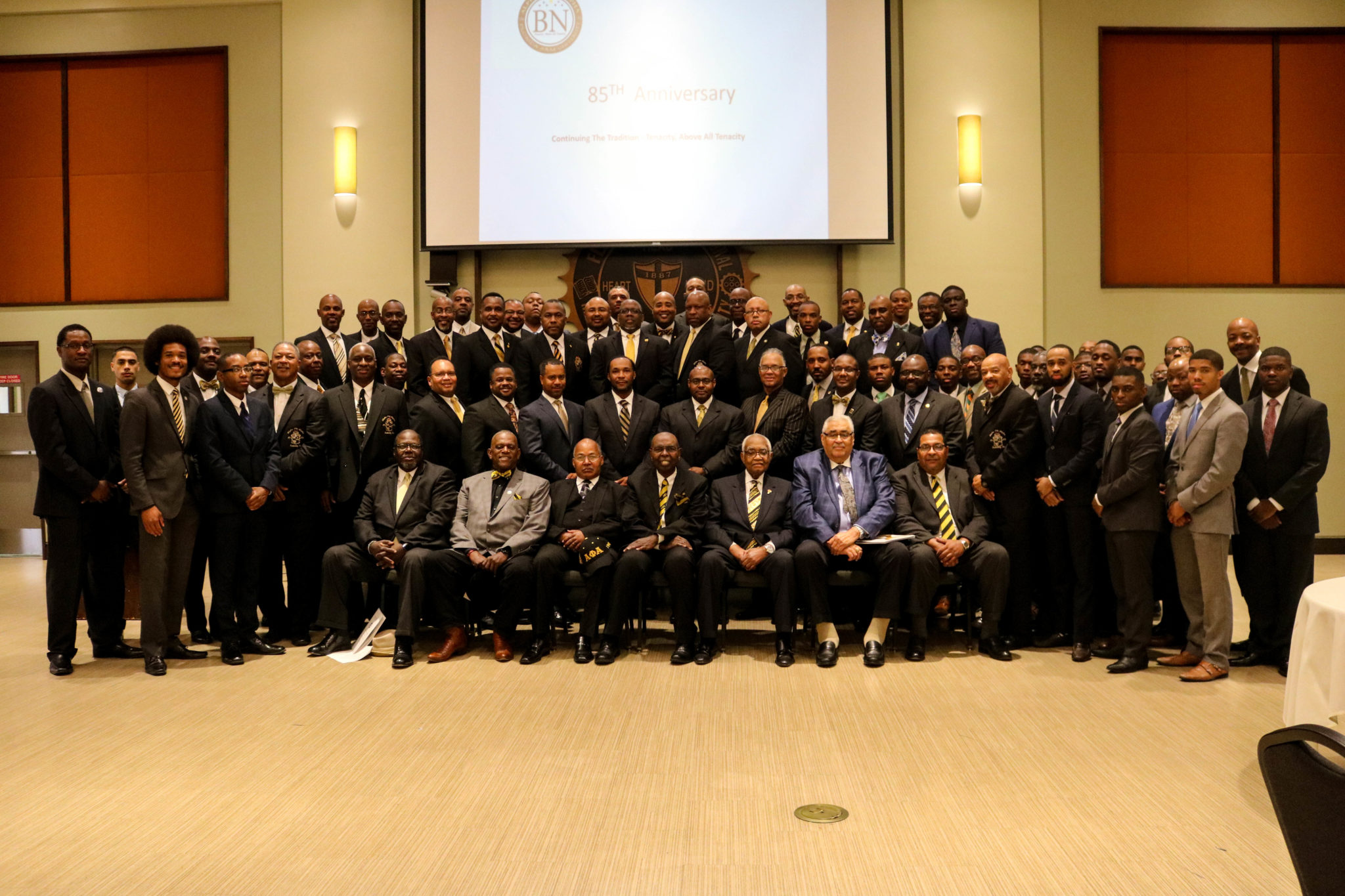