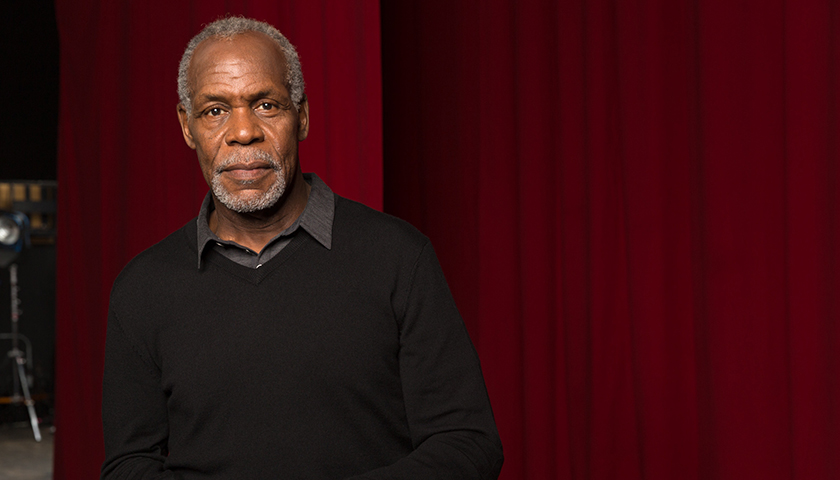 The history of housing in America is a history of discrimination. Even as people of color have made strides in countless other areas of American life, home ownership—and the intergenerational wealth that comes along with it—remains out of reach for far too many. Even Frederick Douglass, when buying his first home in 1892, noted the importance of home ownership in building community wealth for African Americans. While being committed to economic justice we must also rethink how we cultivate strong dynamic communities of inclusion and belonging.

That is why I have started working with Airbnb and will be serving as an adviser for their efforts to engage communities of color, ensuring members of these communities are taking advantage of the economic opportunity of hosting on the Airbnb platform. I know Airbnb has had its own share of challenges in this arena—but working with them, I’ve seen first-hand how committed they are to getting it right. And I have been incredibly heartened to see the resources, desire, and drive they are directing towards ensuring that their service is used fairly and inclusively.

Over the past several months, I have had the opportunity of meeting numerous African American and Latinx Airbnb hosts, each of whom has impacted me deeply. There are more stories than I could share, but I do want you to know about a couple of the hosts I met.

In Brooklyn, I met Michelle—who has seen the cost of living in the rapidly gentrifying Bedford-Stuyvesant neighborhood increase tremendously since she moved there twenty years ago. Ordinarily, Michelle would have had to move to another neighborhood. But by renting out her garden apartment on Airbnb, she could not only afford to stay in the neighborhood, but could also help pay her daughter’s way through college.

Cia, a host I met in San Francisco, raised her children as a single mother—and is now raising a granddaughter as well. Today, Airbnb helps her make ends meet for her whole family, and in the years ahead, Cia says Airbnb will make it possible for her to retire.

These are just a few of the many stories I have heard—with people from all different backgrounds using Airbnb as a bridge to financial stability and even homeownership. These stories are not the exception either. In the U.S., the typical Airbnb U.S. host earns $6,100 every year they share their home— supplemental income that can cover expenses like food, rent, caring for a sick relative, and education for their children.

In many cases, Airbnb can even be the difference between hosts having to give up their homes and earning income from them. An estimated 62 percent of United States hosts report that home sharing has helped them afford to stay in their home, while 12 percent of North American hosts say that it actually saved them from eviction or foreclosure.

Airbnb also allows communities traditionally underserved by the tourism industry to reap the financial rewards of travel, with the share of Airbnb bookings in communities of color in some major cities exceeding the share of local hotel rooms that can be found in them.

Yet, Airbnb’s potential benefits also go beyond finances as the service can bring people of diverse origins and walks of life together in a context geared toward hospitality and sharing. The bonds that can form in these interactions are indispensable to the greater project of breaking down the social barriers that make all forms of discrimination so intractable in the first place. These spontaneous interpersonal relationships are the laboratories for transforming relationships among people; the sites at which we begin to implement our highest ideals in practical yet poignant ways.

I recently met Ron, an Airbnb host in San Francisco. Ron and his wife, Renee, have hosted over 200 people in their home over the years through Airbnb. Among their many guests were a husband and wife from Germany. When Renee recently passed away, the German couple she and Ron had hosted were able to reach out online to express their heartfelt condolences. When the husband returned to San Francisco on a business trip, he and Ron went out for a drink and remain in contact.

For hosts like Ron, hosting on Airbnb became a gateway to new passions and a sense of community that is simultaneously personal and global. By melding travel, housing, and the potential for meaningful personal exchanges, Airbnb represents a host of possibilities for marginalized communities, particularly those of color.

African American, Latinx, and other communities of color are some of Airbnb’s fastest growing host communities in the U.S, which is a step in the right direction. But the underlying housing market is still fundamentally unfair—and, disappointingly, even as we have made progress in other areas, the Airbnb community can sometimes reflect the broader discriminatory realities of present-day American society.

Working with the Airbnb community first-hand –which includes its executive leaders, employees, and hosts–has allowed me to witness just how committed they are to addressing these issues proactively. They have issued a report on building inclusion and engaged with civil rights leaders across the country. I see this as a continuation of the work I have done throughout my life, fighting for fairness and equality for working people, including hotel workers and supporting union workers, which both of my parents were.

In March, Airbnb unveiled its Economic Empowerment Agenda—which established the goal of doubling the size of its U.S. host community in urban majority-minority districts and underserved areas within the next two years. This will be achieved through partnerships with national and local organizations and on-the-ground events and trainings to help more people understand the economic opportunity that home sharing can provide. This agenda also includes: The Friendly Buildings Program, bringing landlords and their tenants to the table to jointly set home sharing and revenue sharing terms; and, the creation of a living wage pledge—which will enable hosts to designate that the people who clean their homes are paid at least $15 per hour.

Airbnb and the NAACP have also established a partnership to increase the participation of hosts of color and increase tourism to neighborhoods of color, to diversify Airbnb’s workforce, and to commit a share of Airbnb’s revenue to supporting civil rights initiatives.

Working with partners like the NAACP, we will host information sessions and run online and offline campaigns aimed at engaging the people who can benefit from home sharing the most. As an adviser, I will be on the ground doing whatever I can to promote these efforts—participating in trainings and events, working with local organizations and faith-based leaders, and getting to know more of the hosts who empower our communities.

The fight for fairer housing won’t be easy—and it won’t be over anytime soon. But you can be part of making a difference right now. So I hope you’ll consider investing in your future, signing up to host on Airbnb, and helping us work towards housing equality—one listing at a time.

And I’ll be working closely with everyone at Airbnb to help more people of color benefit from home sharing.

Danny Glover is an actor, director, producer and humanitarian. You can follow Danny Glover on Twitter @MrDannyGlover.