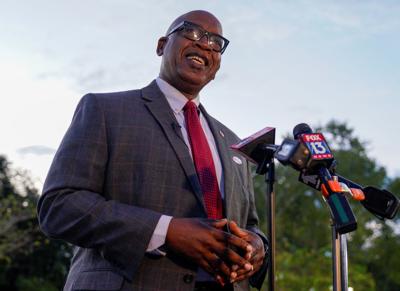 Of the 10 mayors and mayor-elects attending, two are Republicans and eight are Democrats. They are Jim Ross of Arlington, Texas; Daniel Rickenmann of Columbia, South Carolina; Andre Dickens of Atlanta; Tim Kelly of Chattanooga, Tennessee; Justin Bibb of Cleveland; Aftab Pureval of Cincinnati; and Bruce Harrell of Seattle.

Though elected in a nonpartisan race, Welch is a Democrat.“It’s an excellent opportunity to brainstorm solutions to challenges that are important to our residents, including affordable housing, climate change and investment in infrastructure,” Welch said of the invitation in a statement.”We want to make sure St. Petersburg gets its share of federal dollars, and we want to build strong relationships at every level of government to ensure we are all working together to creatively address the issues that our residents have made clear are their top priorities.’’