Breaking news
Nellie Washington died on Monday, April 13, 2020, at the Northern Manor Geriatric Center in Nanuet, New York. Although the current Covid-19 pandemic put the facility on lockdown these past several weeks, the frailties of age caused her decline at the age 93. 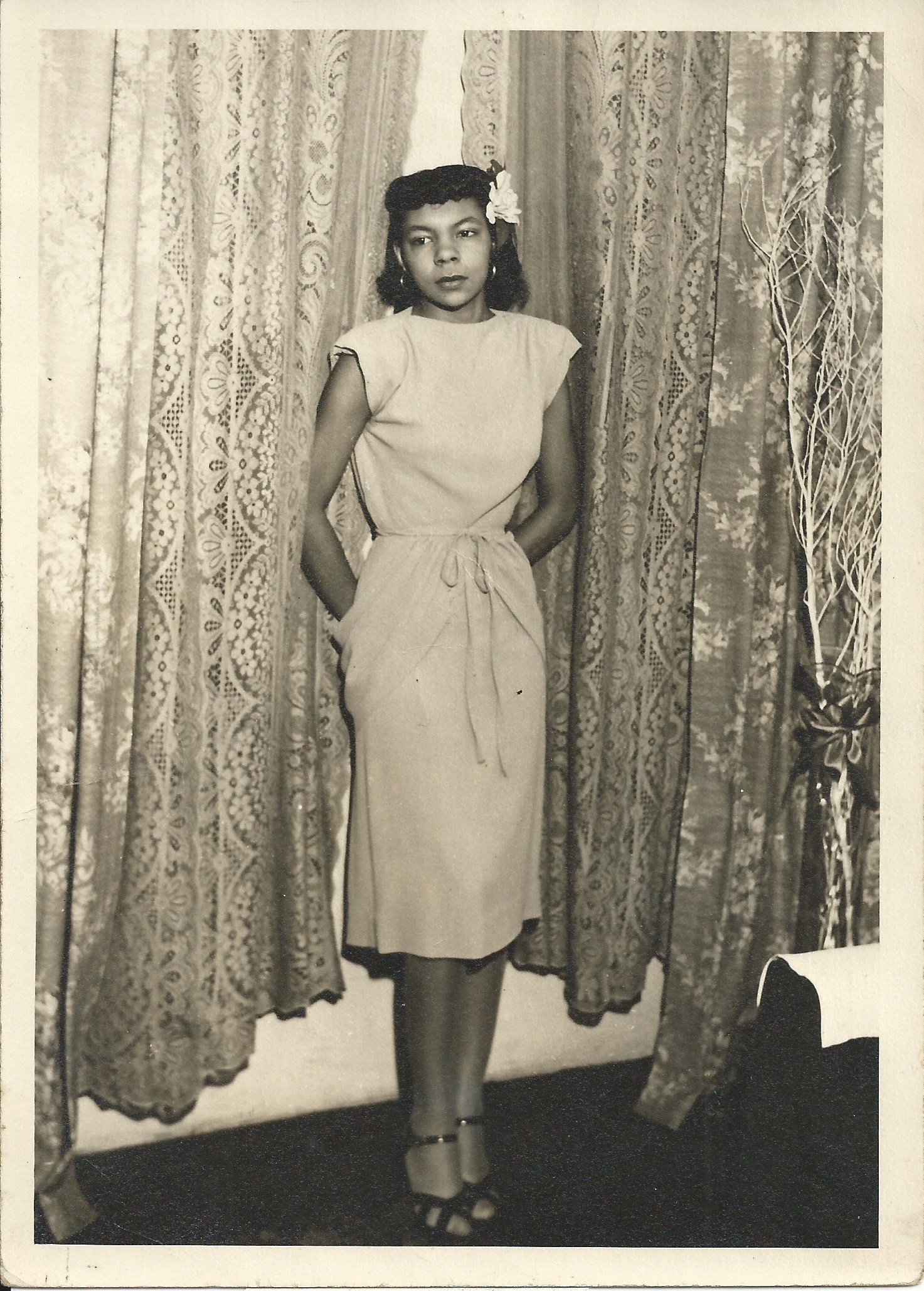 Nellie was born Nellie Emma Moss on February 4, 1927, in Monticello, Florida, but spent most of her adolescent and teen years in Jacksonville. She was born late in the marriage of her parents, and lost them early. Her father John Moss, born in slavery in North Carolina in the 1840s, moved to Florida sometime after the Civil War and ran his own barbershop for many years. About 1906 he married a sexton’s daughter in Monticello named Nellie Parrish, a bride far younger than himself. John and Nellie’s daughter was born two decades later, but their time together was short-lived—the orphaned young Nellie was taken in and raised by her maternal kin over in Jacksonville: Grace Parrish Leggett and husband John Frank Leggett, and their daughters Sylvester and Evelyn.
In 1945 eighteen-year-old Nellie Moss left the south to pursue her a singing career ii n Harlem. New York. Marriage soon intervened and Nell and John Herbert Washington would raise their two boys Reggie and Eric in the Todt Hill Houses on Staten Island. Dad was a New York City fireman, Mom was an IBM Keypunch operator followed by a  job in real estate which inspired her to take up interior decorating.
If Staten Island’s suburban pace excited her less than “the city,” Nell found it not altogether uneventful. The Civil Rights era of the 1960s engaged her in civic associations, such as the Congress of Racial Equality (CORE). She also became the key contact for the S.I. Urban League Guild’s job placement registry for African-American applicants. By Fall of 1966 she was chair of the Guild’s Variety Show Committee, organizing a benefit concert at the historic Sailors’ Snug Harbor (where a few ancient mariners still sheltered amidst the Greek-Revival columns). The event, which featured a kinetic mixed bag of dancers and recording artists, put her back in her own performing spotlight—“Our own Nell Washington (Todt Hill) singing ‘Yesterday’ was a sensation,” a New York Amsterdam News society columnist wrote.
Nellie Washington divorced in 1969, and did not remarry. She is survived by her sons, Reginald V. Washington of Greenwood Lake, New York, and Eric K. Washington of New York City; granddaughters Chloe Washington and Elizabeth Reiber, and three great-granddaughters all living in Texas; a step-daughter Anne-Sojourner Wendell-Cobb and step-granddaughter Thea Cobb of California. Her centenarian cousin Sylvester Leggett Bossard still lives in Jacksonville. The interment of  Nellie’s ashes will take place in Audubon Garden at Trinity Church Cemetery and Mausoleum, Washington Heights, Manhattan, New York.