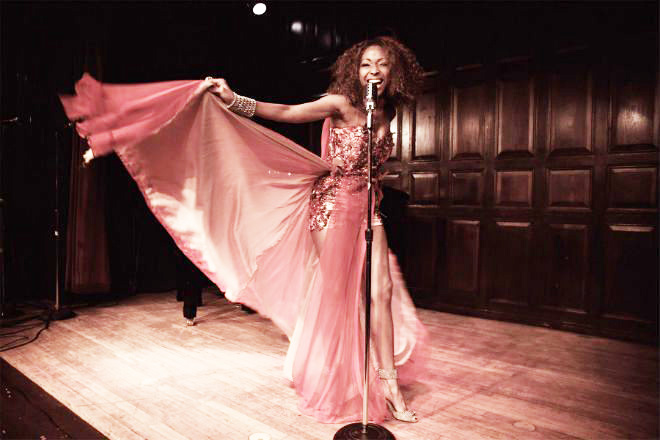 By Lynn Jones  – Jax Free Press had the chance to speak with thespian N’Kenge –   she’s a star and that’s the truth!   When she enters the room her  personality and smile enters first. Classical trained at a young age, she is a women that is making the statement, “you can have it all” a true statement.  With a baby and a husband in tow, N’Kenge travels the world singing operatic tales from Rogers and Hammerstein, Pucci and Mozart. Now she is adding the term legend to her repertoire.

This weekend she will take the stage along with the Jacksonville Symphony to belt out songs for the production of  “Legends: Billie Holiday, Diana Ross, Leontyne Price, Beyoncé and more!” Accompanying her is Jacksonville Symphony Associate Conductor Nathan Aspinall and Legends Music Director Kenny Seymour.

N’Kenge  resume includes singing for Presidents, at the EMMYs, Lincoln Center and Carnegie Hall. She is also the writer, producer of the Legends showcase.  Her next goal is to produce a Dorothy Dandridge musical. “My parents raised me to dream big. Also I was exposed to all genres of music. When I was singing my teacher noticed my range and began training my voice for opera.  I’ve had the opportunity to sing around the world and inspire others through my music.”  When she has time off, N’Kenge volunteers with musical nonprofits teaching musics and mentoring to underserved students who are eager to develop musically and train and study around the world.

Don’t miss this celebrated singer who was recently nominated as Best Lead Actress in a Musical for Elton John’s Aida.