Breaking news
The annual Ax Handle Saturday commemoration this year receive all of the due deserving fanfare in its 60th year.

A special highlight was the designation of the former Hemming Plaza, now James Weldon Johnson Park, as part of the National Park Service African American Civil Rights Network.  The site was at the center of the August 27, 1960 race riot, known as Ax Handle Saturday, where a mob of some 200 + white men armed with baseball bats and ax handles attacked a group of non-violent, peaceful protesters fighting for integration and equality.

The City of Jacksonville councilpersons, local civil rights leaders, and residents held the onsite observance on the steps of City Hall located adjacent to James Weldon Park. The event was also held virtually through Facebook live and via the www.axhandlesaturday.com website. Hundreds attended the commemoration exercising social distance protocols while others opted for the virtual viewing.
Headlining the commemoration was author Rodney Hurst, who detailed his Ax Handle Saturday eyewitness experience in his book, It Wasn’t About a Hot Dog and a Coke.
“Thank God we cannot be stopped,’ he said. “We were fighting not just for our color, we were fighting for the fact that no human being that God formed – and he formed all of us – did he intend for us to mistreat one another on the basis of color or complexion,” said Bishop Rudolph McKissick Sr., pastor emeritus of Bethel Church, was among the local leaders who took part in the ceremony.
As time ticks by, we are approaching a time where living legends passing on our history are becoming few and far in between. And as they remembered a city block filled with badly beaten teenagers fighting for equality, the heroes of the civil rights movement also passed the fight on to the next generation. To youngsters like Jacksonville 12-year-old Keedron Byryant whose powerful video of “I Just Wanna Live,” a song written by his mother, went viral and earned him a record deal.
“I’m just  blessed to have this opportunity to deliver this message of hope to the world,” said Bryant to News4JAX. 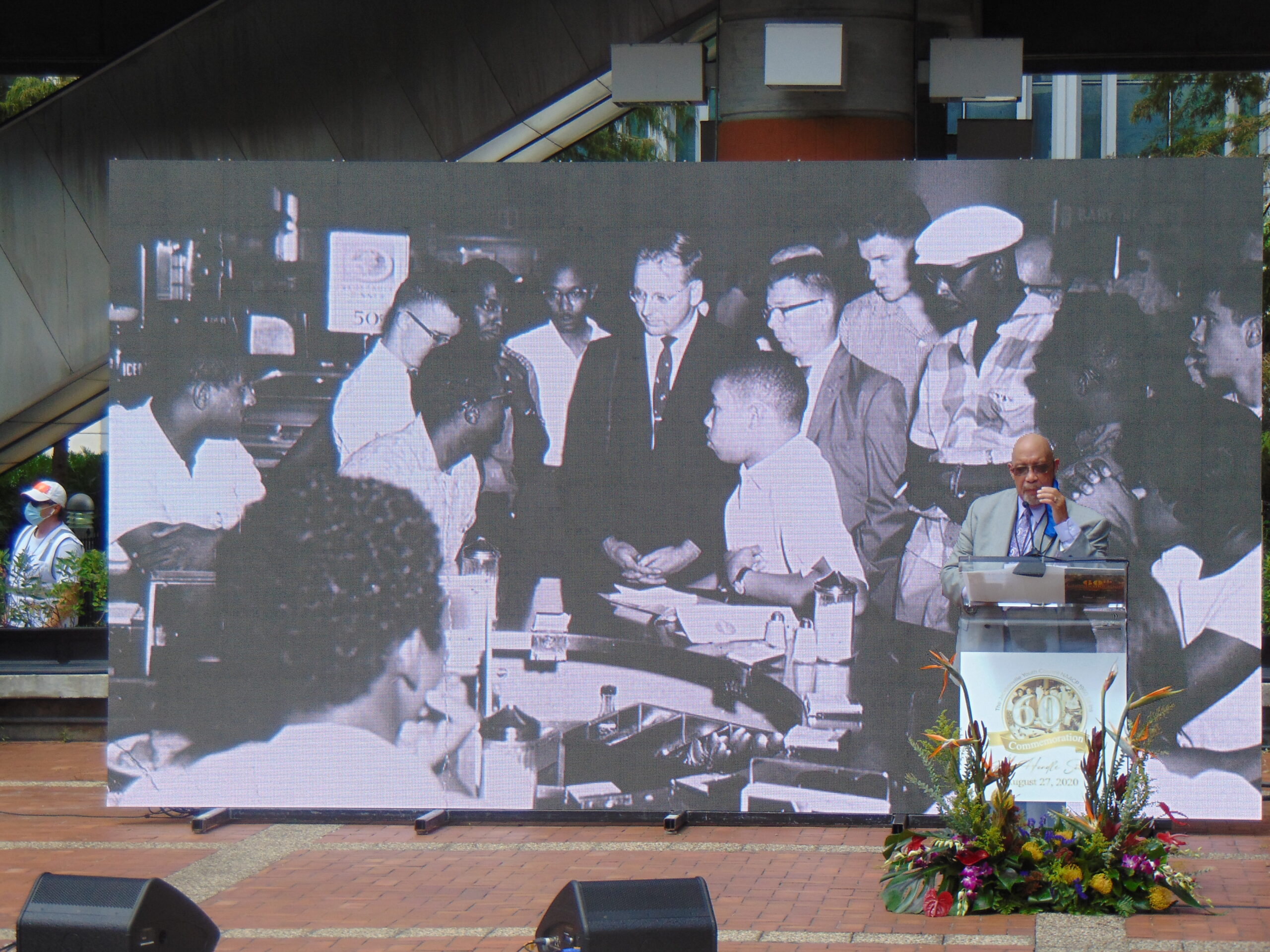 The commemoration was made known to the nation after President Trump selected Jacksonville for the Republican National Convention during the same weekend. After much fanfare, the Jacksonville convention was canceled and the designation signed by him. In addition, Democratic candidate Joe Biden also issued a statement regarding the impact of the event. (R. Liner Photos)