(CNN)“Welcome to Freedom!” exclaims real estate agent Ashley Scott as she surveys the nearly 97 acres of land that she and a group of 19 Black families purchased in August.

“I’m hoping that it will be a thriving safe haven for people of color, for Black families in particular,” Scott says.
The land sits just East of Macon in rural Wilkinson County, Georgia. Scott and her friend, investor and entrepreneur Renee Walters, didn’t initially plan on buying a large plot of land, but they had a vision that was clear — to create a safe space for their Black families.
“Being able to create a community that is thriving, that is safe, that has agriculture and commercial businesses that are supporting one another and that dollars circulating in our community, that is our vision.”
A safe space
The unrest that took hold of the country earlier this year after the killings of George Floyd and Breonna Taylor at the hands of police, and closer to home, the shooting death of Ahmaud Arbery while jogging outside Brunswick, Georgia, prompted the women to search for a new community, one they could start themselves.
Watching our people protesting in the streets, while it is important, and I want people to stay out in the streets, bringing attention to the injustices of Black people. We needed to create a space and a place where we could be a village, again, a tribe, again,” Scott said.
“We wanted to create this safe space where we can address our own issues and concerns.”
The two wanted to launch an initiative that would create a new city founded by Black families.
“We both have Black husbands. We both have Black sons. And I was starting to get overwhelmed and have a sense of anxiety when my husband will leave the house to go to work,” said Walters. “So, it was like, OK, what can we do? And once I saw the post of Toomsboro going viral, about a town being on sale, I was like, ‘Oh, this is perfect.'”
Scott and Walters reached out to family and friends to see who might be interested in joining their effort. Together, they created the Freedom Georgia Initiative to spearhead the purchase. They hope to incorporate the land they bought into a new Black city, called Freedom, Georgia.
Town for sale?
The ad Renee Walters saw had been circulating online, publicizing the sale of the Town of Toomsboro. The ad eventually went viral.
Scott said she got a call when her friend caught wind of the sale. “She said Ashley, did you see the article about Toomsboro for sale? For the price of a small condo, we could buy a whole town for $1.7 million,” Scott said.
CNN affiliate WGXA reported the website called Toomsboroforsale.com was run by Tim Bumgardner, a developer who owned more than 30 properties around town. 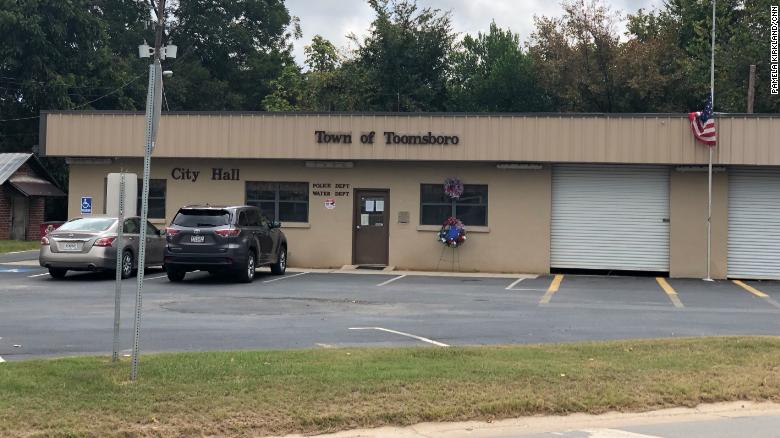 “It is one of the few places where you can buy a whole town with every kind of building including a historic inn, a syrup mill, an opera house, a school house, a railroad depot, a cotton warehouse, a restaurant, a barbershop, a water wheel, a grist mill, a work shop, a filling station, and several houses,” the ad read.
Turns out, the town itself wasn’t actually for sale. Joyce Denson, the Mayor of Toomsboro, made that clear.
“I have gotten calls from New York. I’ve gotten calls from North Carolina. I’ve gotten tells calls from California,” Denson says. “We welcome business. We want new people to come in. The thing that we want to make sure is that you promote and help keep the flavor of the community.”
After Scott and Walters discovered the town itself wasn’t up for sale, Scott put on her real estate hat and looked for land in the area. They found acreage for sale just outside Toomsboro, in unincorporated Wilkinson County.
“It was just such a beautiful piece of land. It was affordable, and it just made sense that we could create something that would be amazing for our families,” said Scott.

The combining of resources to create a collective or cooperative economics is not new — especially when it comes to Blacks in the United States.
“We have a very long history of doing cooperative economics, economic cooperation, creating our own communal towns,” says Jessica Gordon Nembhard, author of Collective Courage: A History of African American Cooperative Economic Thought and Practice and professor of community justice at John Jay College. “More recently, we’ve been establishing community land trust, which actually give official land ownership to the community.”
Hobson City, Alabama, was the state’s first all-Black city, founded in 1899 after Blacks were kicked out of neighboring towns. CNN affiliate WBRC reported in June that “Hobson City residents celebrated Juneteenth with one simple message: Black Towns Matter” to celebrate the city’s heritage.
One of the earliest all-Black municipalities was Mound Bayou in the Mississippi Delta. It was established by former slaves after the Civil War.
“Almost every society that had enslavement also had marooned societies,” says Gordon Nembhard. “They set up their own communities … and start to farm it together, create a town, run the town, work collectively as much as possible and basically have a secluded space that was totally community controlled, and a way to be away from slavery.”
“There’s so many former Black cities,” said Scott. “We hope that we can be one of those as well.”
Scott and Walters say they’ve gotten questions about why they want to create an all-Black city. Their response? It’s something that’s been done for generations.
“It’s impossible to have anything exclusively Black because our families are integrated,” says Scott. “We are an integrated, tolerant and diverse community even as Black people, so we don’t intend for it to be exclusively Black, but we do intend for it to be pro Black in every way.”
‘We’re creating a legacy’ 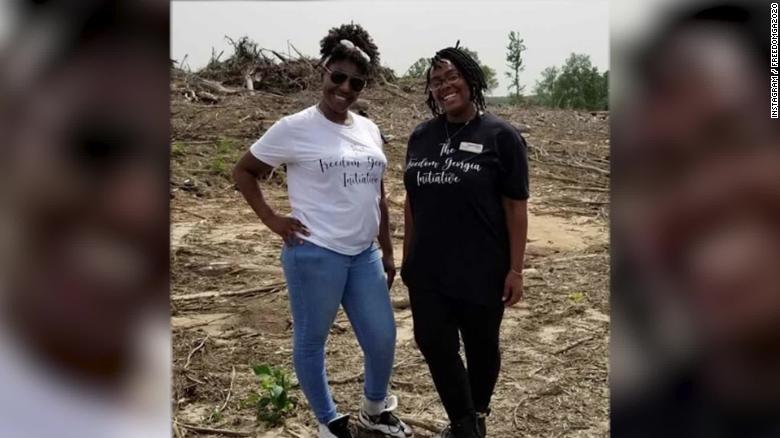 Scott and Walters plan to develop the land in phases. The first phase involves clearing the land, farming, and creating a man-made lake for sustainable fishing.
At a ribbon-cutting ceremony, Scott said while they didn’t know the exact history of their plot of land, the symbolism of reclaiming this land gives them an opportunity to write their own story.
They hope to grow within a few years. By the end of their development plan, they hope to have a fully operational, self-sufficient city — putting Freedom, Georgia, on the map.
“To be able to pass this land down to my children and to the children that are represented by each of our 19 families. As a piece of legacy. We’re hoping to create legacy.”

For more on the original article visit: https://www.cnn.com/2020/09/12/us/freedom-black-cooperative-toomsboro/index.html