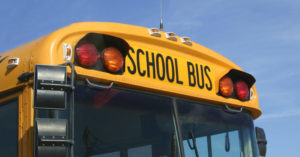 An Alabama judge has given a predominately white town the right to remove itself from the current racially mixed school system to create their own that would most likely result in all-white schools. To make matter worse: Judge Madeline Haikala acknowledged that the race was a factor behind why the residents wanting to split, but still ruled in their favor anyway.

According to NBC News, the Birmingham suburb of Gardendale is 88 percent white and is located in Jefferson County, which is roughly 53 percent white and 42 percent African-American. In recent years, most of Birmingham’s affluent suburbs have left the struggling Jefferson County Schools’ system to form smaller districts, but this is the first time a judge has examined how race and racism play a factor in this redistricting, wrote the Washington Post.

African-American parents with students in Gardendale schools were vocal about how this case was nothing more than white parents just wanted to get rid of Black students. And even the judge agreed. In her 190-page ruling, Haikala, who was appointed by former President Obama, pointed to a Facebook group with racist messages about the racially mixed schools and flyers that listed “some of the best” white schools and Jefferson County Schools as the “bad” schools, with a white child asking, “Which one will you choose?”

She also reprimanded white parents for their degrading behavior toward Black students and the residents who were complicit.

“No member of the board has disavowed the belittling language of exclusion used by separation organizers and supporters,” the judge wrote. “The silence is deafening.”

But being savvy about racial politics and inequality wasn’t enough for Haikala to rule against it.

Monique Lin-Luse, a lawyer with the NAACP Legal Defense and Education Fund who represented black families opposed to the split, told NBC that she remains “perplexed” by the judge’s ultimate decision.

“It is difficult to square that with the final result, which doesn’t give (Gardendale) a free pass to operate,” Lin-Luse said. “It was not the outcome that, frankly, any of the parties expected.”

She has yet to say if she will file an appeal.

Of course the white residents of Gardendale are happy with the outcome.

“We know that the community is anxious and ready to achieve its goal of a locally led public school system. We are, too,” said Chris Segroves, the new board’s president.

Meanwhile, there are a few caveats to this controversial judgment.

Haikala has reserved the right to reverse her decision if the city of Gardendale reverts back to its segregated past and the new school board must appoint African-Americans to its council.