This year marked the 10th year the church has hosted the concert in support of the college.  Musical selections performed generes included everything from traditional gospel to contemporary. The annual Sunday celebration marked the last year President Nathaniel “Nat” Glover will serve as college President. Senior Warden Noel McKetty stated on behalf of the Vestry and the church congregation, “It is indeed an honor to have President Glover and his cabinet worship at St. Philip’s Episcopal Church.”

The program also included tributes to flutist Linda Witsell and Mercedes Robinson, who served on the Edward Waters College Day Committee and were generous supporters. Clara B. Paula, the mother of Chairperson, Carlottra Guyton was also recognized. Carlottra smiled and shared, “My mom is the one who inspired my vision to come up with the idea for the concert, watching her work at St. Cyprian’s Episcopal Church in St. Augustine, Florida was my motivation,” she said.

All proceeds during the 10 years the concert has been held have been donated back to the college. A reception was held immediately following the concert in the church auditorium chaired by church member Gloria Morrison and assisted by the ladies of the church. Shown l-r is Dr. Marvin Grant, Kortney Wesley, Arelia Donnaldson (event co-chair), Dr. Anna Hammond, EWC President Nathanial Glover, Carlottra Guyton (organizer), Anita Walden, George Dandelake, LJ Holloway and Dr. Rigo Gomez. 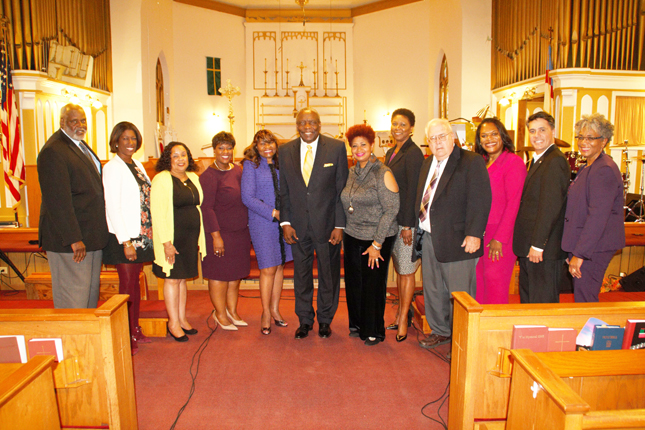