Nation Mar 30, 2021  – In the summer of 2020, protests erupted across the globe to show solidarity with the Black Lives Matters demonstrations in the U.S., calling for racial justice for Black people like George Floyd, Breonna Taylor and Tony McDade being killed at the hands of police officers.

Months later, while people were still showing up to support this Black social justice movement, the nation grieved the death of three beloved leaders of the last generation’s Black justice movement.

The late Rep. John Lewis, the Rev. C.T. Vivian, and the legendary baseball player Hank Aaron were a few of the remaining civil rights pioneers of their time. But what set them apart from the protesters in the streets, was what was at the center of their movement decades ago: the Black church. That’s where ideas for certain acts of protest, like the sit-ins of 1963, the Children’s March the same year, and the 1955 Montgomery bus boycott, came to fruition.

In the book, “The Black Church: This Is Our Story, This Is Our Song,” author and historian Henry Louis Gates Jr. cites the idea of the Black church as a “freedom church,” as “a vehicle for the civil rights struggle” and “a way of looking at the world.”

Some young activists today, are trying to keep that connection between social justice movements and the church. Alexus Cumbie, who attended church service every Sunday pre-pandemic, said she believes the Black church and the Black Lives Matter Movement share some of the same goals of “truth seeking and transparency, repentance and reconciliation.”

Christian churches, as a whole in the U.S., have been experiencing a decline in attendance. A new Gallup study found the number of Americans who are members of a place of worship has dropped to fewer than 50 percent for the first time since their data collection began in 1940. The Black church has also seen a decline. The study also showed 31 percent of millennials and 33 percent of Generation Z have no religious affiliation.

The desire for institutions to address racial justice and other progressive policies may be the principle reason millennials are currently moving away from the church as an institution, said Bishop Yvette Flunder, senior pastor of City of Refuge, United Church of Christ, and the presiding Prelate of the Fellowship of Affirming Ministries.

“They’re trying to find like-minded millennials who are very interested in doing the work of policy, doing the work of justice, and organizing,” Flunder said. “And they’re feeling that the church, as it is called monolithically, is not really on board.”

These policy issues include justice work, like LGBTQ rights, that Christian churches, as a whole, have historically opposed. 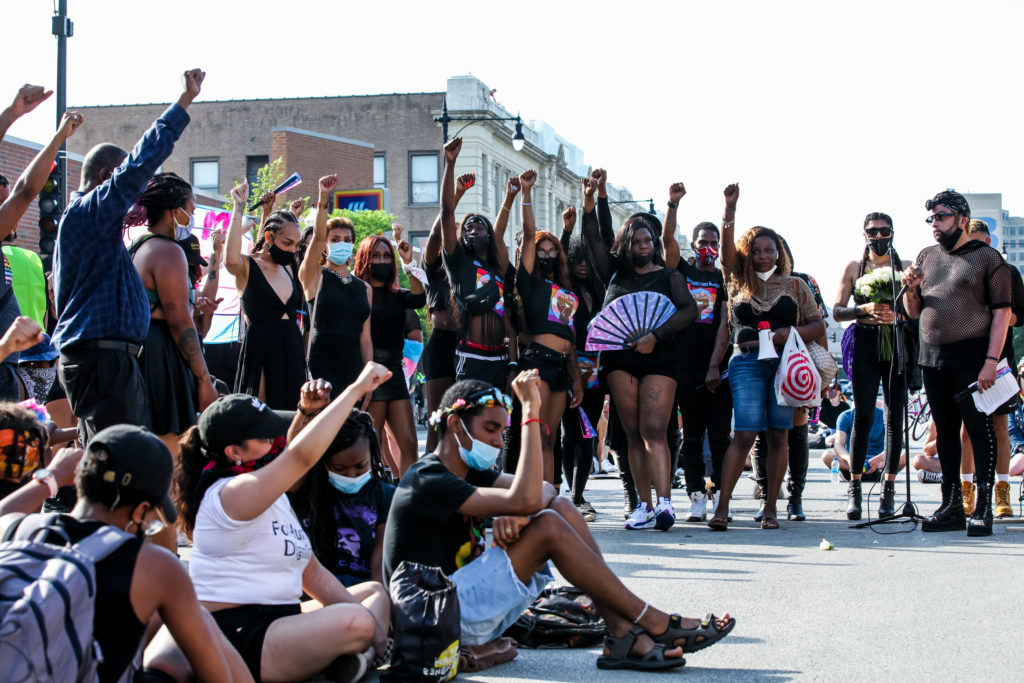 Dr. Rev. Gardner, the senior pastor at Plum Grove Baptist Church in Tuscaloosa, Alabama, said that even while young people move away from the church, it remains an epicenter to Black life.

“While young Black people are no longer waiting on the permission of the church to go out and take action, those in political power still look to the Black church for direction in the Black community,” said Gardner, who also teaches African American history courses on the Black Church and Black protest at the University of Alabama.

Whenever there is an issue in his Tuscaloosa community, he added, whether it’s over tornado devastation or COVID-19 concerns, the mayor and the police chief do look to the church to help.

“So in that regard, when we think about the word ‘epicenter,’ we think about entities that do more than just one thing,” Gardner said. “In this way, the church is the prophetic voice of the Black community.”

Garnder said faith is what sustained the civil rights movement in the 1960s, and it’s what the church has to offer in today’s movement.

Flunder said she agrees. “We [the Black community] are deeply faith-oriented, hope-oriented,” she said.

“While the Black church as an institution has not always received openly queer folxs, Black queer folxs have always fought right alongside it,” Flunder, who identifies as a lesbian woman, added.

Flunder believes that the faces of the fight for Black social justice look more intersectional now than they did a few decades ago.

“I have never seen anything quite like the Black Lives Matter movement,” she said. “The thing that makes it so incredibly unique to me is not just that there are a wonderful group of Black and brown young people out there fighting” alongside white people.

Flunder added while she is learning from young people, she hopes they can also learn from the adversities she faced when she was their age.

“I am also encouraging the movement not to forget the wisdom trail, the wisdom path,” she said. “Take a look at our scars, because we still have them.” 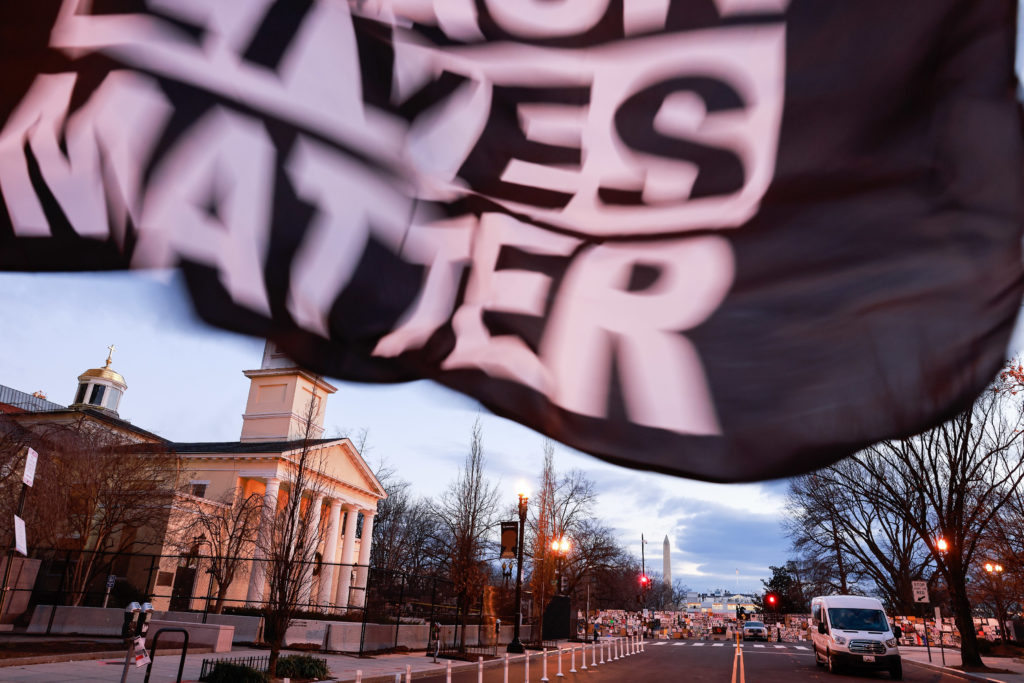 Cumbie, who is a Black queer voice in her hometown of Birmingham, Alabama, said she understands the importance of the church.

“I think that the Black church is pivotal for Black liberation movements, which is why white supremacists target these gathering spaces,” she said. “And I’ve seen it in my home city of Birmingham, Alabama, where four little black girls were killed at the 16th Street Baptist Church.”

On her college campus, she leads a Bible study, and said that many students who attend are queer.

“I think that a lot of young Black, queer college students find themselves in these more intimate Bible studies because they’re able to have a more individualized and personalized experience with God and their spirituality when they’re able to ask those tough questions without judgment.”

Cumbie said that’s one of the critiques of the Black church and all churches — not being a space that seeks to answer these tough questions on the minds of young queer people.

Wynston Cornelius is the program director of Gender Bender, an LGBTQ support and advocacy group based out of South Carolina. As a Black trans man, he experienced a lack of transparency in the church.

“For most of my life, I heard all are welcomed, and I’m welcomed conditionally,” Cornelius said, “as long as I wear a dress, or as long as my hair is a certain way, as long as I’m not questioning what’s being preached about, even in Sunday school.”

“For most of my life, I heard all are welcomed, and I’m welcomed conditionally.”

He said that if the church continues not to be accepting of the queer community, it may lead to what he called a “devolution,” what he described as the continuation of even more churchgoers leaving the institution because of its refusal to meet the needs of all the intersections of Black people.

Flunder said she believes the Black church has work to do on its “fragile patriarchy” to be relevant to the social justice movements. She explained that Black men have been wrongly diminished and emasculated in various ways in America — slavery, Jim Crow, and peonage in sharecropping, and today’s industrial prison complex.

“One of the few places where our men did have power coming along was in the institution that we created, the Black church,” Flunder said.

Within the structures of church walls, “women and men are very concerned about making sure that the roles of women essentially don’t diminish the roles of men,” Flunder explained.

Those strict roles erase the Black LGBTQ community, who are also doing the work for the prosperity of Black people, she added.

The Black church’s role of serving as a gathering site will always exist, and the conversations with that institution will evolve, Cumbie said.

“We have to move towards a more radical pursuit of loving, of loving our neighbors,” she said.