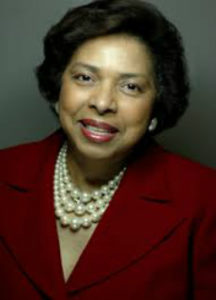 by Dr. E. Faye Williams
Sometimes I allow myself to imagine a world with justice for all—not just in words, but by deeds. Before I go around the world with what I would like to see I want the best there is for everybody no matter where they live.

Maybe to some what I wish for seems far-fetched, and is if we’re not willing to work for something better for all. Here’s what I think a just America would look like.

First, we should always refuse to return hate with hate, but always be concerned about every human being’s well-being. In a just America, all of us would have a livable wage. We’d always have a high-quality health plan that prevents illnesses rather than a mediocre and unnecessarily high priced one that only treats us after we’re sick when the prices of health care make us even sicker when we see the bill!

In a just America, all of our children would have access to a high quality and usable education. Everyone would live in a safe and comfortable home they can afford.

We’d be able to vote without wondering if our votes would count without having computer breakdowns as happened when I ran for office or hearing that the Russians were allowed to manipulate our vote. We could register to vote at will having assurance our names wouldn’t be wiped off the rolls without just cause to enable someone else to win when we actually received the greatest number of votes. I’m sure Secretary Hillary Clinton would back me up on that, as would Stacey Abrams and Andrew Gillum. I might even add Beto O’Rourke as another recent example.

In a just America, racism would disappear and would never be rewarded. We’d have a Commission on the Elimination of Racism. Another Commission that actually mandates reparations for Black people and our community would go a long way toward proving America has suddenly become fair and just to all.

We would never feel the need to use white people as our standard for what we should be.

Once we apply for a school or university admission, we could be confident that we would be admitted on our merits – especially when our merits exceed those of our competitors and not because our parents could buy a slot for admission.

In a just America, non-white children would see themselves in the people on the news with the good they are doing on a regular basis. They would hear the stories of people who look like them when they, too, are accomplishing great things.

As the late Barbara Jordan once said, “What the people want is very simple. They want an America as good as its promise.” Black people are still waiting for America to make real that promise, and when that happens, we’d have a just America.