Once again the majority of Americans have rejected him (he lost the popular vote to Hillary Clinton even though he won the electoral college vote). This time the right combination of votes have unseated him, and he is not going to go away gracefully.

First, there is the matter of his pride. His feelings have been hurt, and now like a petulant child he refuses to do what’s best for the nation and walk away. He fully understands the sway he has with his followers and he has already riled them up with the stolen election nonsense. But even further, when a group of his followers encircled some Biden campaign buses, Trump defended them, saying, “In my opinion, these patriots did nothing wrong.” That statement was a clear message that he looked favorably on potentially violent behavior undertaken on his behalf. He continues to put his own interests above those of the nation.

Second, he’s personally vulnerable without the protection of the Oval Office. A “former-president Trump” will be looking at millions of dollars in debts, lawsuits, and multiple prosecutions. More than a dozen investigations are already in the works against him, including a growing criminal investigation in New York. If only one or two of them end up in formal criminal charges, as the Intelligencer noted, “the court proceedings that follow will make the O. J. Simpson trial look like an afternoon in traffic court.”

If he somehow miraculously escapes criminal charges, odds are that Trump will spend the next four years attacking Biden’s presidency. What he should do is pack up and head for Russia or Nicaragua, like he said:

“Could you imagine if I lose? My whole life—what am I going to do? I’m going to say, I lost to the worst candidate in the history of politics! . . . Maybe I’ll have to leave the country, I don’t know.”

It’s time to put a band-aid on the open sore that is the Red vs Blue divide. The proverbial band-aid trope is obvious, but it’s where we have to start. The lawsuits Trump has promised will drag on for months and plunge the nation deeper into tension and hostility. Six or seven months without Trump histrionics just might allow calm to overtake us and America’s healing to begin.

The post If Trump Tries to Sue His Way to Election Victory, Here’s What Happens appeared first on The Orlando Advocate.

For more on the original article click link below:

COMMENTARY: Typical Trump– ‘This is far from over’ 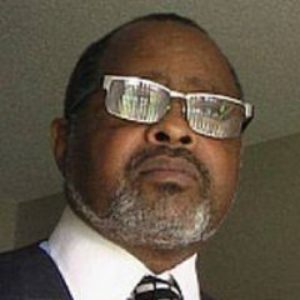