For the past several years, national radio host Tom Joyner, has had a family convention and expo in the Orlando area called the Tom Joyner Family Reunion.  The “reunion” is full of entertainment for his radio listeners and fans, and is held annually during the Labor Day weekend. This years event brought out over 12,000 families.

Attendees and fans left their imprint on the greater Orlando area as participants commented on the fact that the event is an annual party with a purpose. The Tom Joyner Morning Show reaches more than 8 million listeners each week in more than 115 markets. 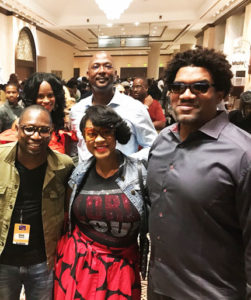