By Bob Nightengale – Chicago White Sox shortstop Tim Anderson didn’t ask for the torch to be passed onto him, but he embraces the opportunity, believing it is his time and his place to leave his own legacy.

Veteran outfielder Adam Jones, after 14 years in the major leagues and a powerful voice and ambassador in baseball, is in Japan. Pitcher CC Sabathia and outfielder Curtis Granderson retired in the offseason. 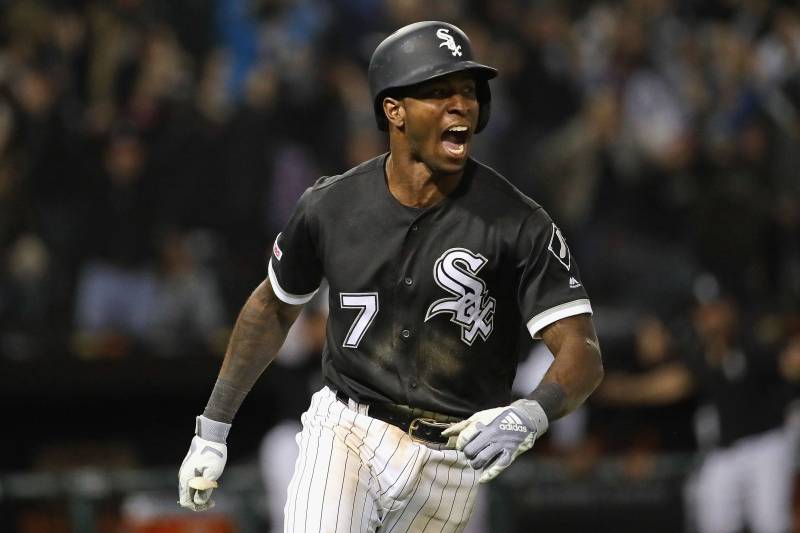 Anderson, 26, is the new leading voice in the African-American community of Major League Baseball, vowing to do everything in his power to change the game and lead a renaissance to recreate the game for kids and a hip audience.

“I don’t look at is as a responsibility,” Anderson said from his Phoenix-area home, “but it’s something I’m so proud to do. I want to represent the black community, and everything that comes with it.

“I’m going to let everyone know, “Hey, we got a black guy playing baseball.’ ”

Wednesday, April 15, is when the baseball world traditionally commemorates Jackie Robinson Day. There are celebrations across every major league ballpark. Every player wears No. 42, Robinson’s retired number, in his honor. It’s a day to remember the man who broke baseball’s color barrier in 1947, a momentous step in the civil rights movement.

“That day has always been extremely special to me,” Los Angeles Dodgers starter David Price said last month. “The days I’m not pitching, I’ve got a sweatshirt on, no belt, or anything. But on Jackie Robinson Day, I’m in full uniform. I wear 42 with so much pride.”

The White Sox were supposed to be in Kansas City on Jackie Robinson Day. Anderson planned to bring teammates to the Negro Leagues Baseball Museum in downtown. He planned to wear special cleats and special attire, to celebrate Robinson.

He instead is in Phoenix with his wife and two kids, waiting for a baseball season that has been stalled by coronavirus.

“I want everyone to know my story, to motivate kids, to understand that no matter where you come from, you can play baseball,” Anderson said. “Look at me. I did it. And I did it my way.

“I’m … showing these kids that it’s cool to play it.

“That’s something we need right now.”

Anderson, from Tuscaloosa, Alabama, and one of only 68 African-American players on opening-day rosters last year, was never a baseball prospect growing up. He was never on travel ball clubs, playing in showcases, or even had his parents cheering him from the stands.

His father, Tim Anderson Sr., was in prison for cocaine-trafficking until he was 15. He was raised by his mother’s sister, Lucille, and her husband, Roger Brown, with his mother not having the finances to care for him.

He aspired to be a professional basketball player, not baseball, until two leg injuries and being only 6-foot-1 abruptly interrupted reality. He got one scholarship offer out of high school: East Central Community College in Mississippi, to play baseball.

“I never thought of being a big-league player,” Anderson said. “Sure, you thought it would be nice, but how many guys can say that, especially out of Tuscaloosa? Not many people make it out of there.”

Anderson not only made it, signing a six-year, $25.5 million contract three years ago, but also has emerged as one of the game’s brightest young stars — on and off the field. He was the White Sox’s nominee for the Roberto Clemente award last year. He and his wife, Bria, have sponsored and supported everything from his “League of Leaders’’ program helping kids affected by violence in Chicago and Tuscaloosa, along with “Becoming a Man,’’ and “Working on Womanhood’’ programs.

On the field, people couldn’t help but take notice of him. He won the American League batting title, .335, becoming the first White Sox player to lead the major leagues in hitting since Luke Appling in 1936. He became the first player in history to lead the league in batting while also finishing last in walks (15) among qualifying players.

“I definitely earned it, I didn’t walk to .335,” Anderson said. “I hit .335. The game is so messed up with different things that people act like batting average doesn’t matter. Hey, I want to swing the bat. You grow up wanting to swing the bat. That’s the fun of the game.

“That’s what I’m about, having fun, having passion, showing my emotions.

“That will never change.”

No matter how much the traditional, stodgy, old-school style of baseball tries to change him.

Anderson’s national coming-out party was April 17 last year when he homered against Kansas City, pirouetting, flinging his bat toward the White Sox dugout, before beginning his home-run trot. Royals pitcher Brad Keller fired a fastball at him the next time up and drilled him on the backside. Benches cleared. Suspensions were given. And Anderson ignited a national debate on whether bat flips should be celebrated or scorned.

“There shouldn’t be rules on how to act, to display emotion, as long as you’re respecting the game. Everyone should understand by now that’s who I am. I’m competitive. I have swag. I’m just being myself.

Instead, Major League Baseball may be changing with him.

If you like passion and emotion, just wait until the 2020 baseball season starts.

MLB plans to take advantage of what likely will be a unique season by drawing players closer to fans and the viewing audience more than ever. Several players on each team will be encouraged to wear microphones to talk to viewers while playing, just like the All-Star Game. There may be a player on the bench, or even the stands, who will be a color commentator with the broadcast booth for all nine innings. Who knows, maybe even the managers will chime in live on their strategy?

“I love it,” Anderson said. “That’s what the game needs. That what the kids want. Let’s celebrate the game the way it’s meant to be played.

Anderson, who last year hosted a viewing of the film about Jackie Robinson, “42,” for the White Sox’s ACE program — a Chicago youth baseball initiative — plans to pause Wednesday, making sure he recognizes and appreciates the impact Robinson made in baseball. He not only paved the way for African-American ballplayers but also was an influential leader in the civil rights movement, lauded by the late Martin Luther King Jr.

“Jackie Robinson is my inspiration,” said Anderson. “I want to be remembered, too. I want to leave my stamp, as a person, what I stand for. I want people to remember me as someone always bringing positive energy.

“I think Jackie would be proud of me for that.”