Breaking news
By DARA T. MATHIS – Across the country, Black Americans feel under siege from the coronavirus pandemic and raw from the police brutality fueling Black Lives Matter protests. But some are nursing another intimate wound: their church’s failure to acknowledge their pain. Many Black parishioners, especially those at multiracial institutions, bristle when they hear rhetoric from church leaders that ignores how health inequities and racism are affecting the Black community right now. Others are hurt by their church’s conspicuous silence on these issues. The result is a quiet but resolute contingent of Black church members leaving their congregation to seek spiritual healing elsewhere. 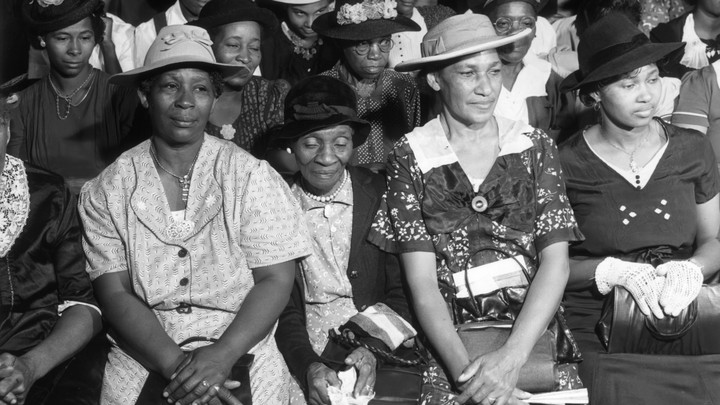 Leaving one’s church represents a personal loss for the individual, but the institution also suffers when parishioners decide to take their valuable perspectives away from the flock. It’s still too early to quantify exactly how many Black churchgoers nationwide have made such a decision, or how many might still leave their church if their concerns aren’t addressed. The parishioners who spoke with me, however, had very similar stories, pointing to a potential trend.

Like others I talked with, Delisha, 58, isn’t one to miss church. For the past seven years, she has made sure to be in the faithful number of a large, multicultural New Orleans congregation. But after the pandemic hit in March, she decided to attend services only via live-stream. Black people like her are disproportionately at risk for severe illness or death from COVID-19, and Delisha, who lives with her elderly mother and a daughter with asthma, has hypertension. (Delisha asked that I identify her using only her middle name, because she had not yet contacted the church about her concerns.)

What she saw on video one Sunday dismayed her. As the camera panned over the congregation, she noted that some people had masks on and some didn’t. The church did not require them. What’s more, the pastor, who is white, scolded the missing members over live-stream: “Why are y’all not here today? You scared?”

Delisha was appalled. “That blew me away,” she said. “I am a Black woman with preexisting conditions. That’s why I’m not there.” She felt like the pastor was failing to empathize with parishioners who had been dealt staggering blows by the pandemic.

Then, as the George Floyd protests began later in the spring, Delisha waited in vain for her church’s leaders to express their concern over his killing. She received no church email, no newsletter, no pulpit address on racial injustice—just silence. She’s decided that she will not return to her place of worship once the pandemic ends. While she hasn’t terminated her membership officially, she’s no longer attending services virtually.

It’s not uncommon for people of color who attend multiracial churches to hear very little about racism, says David Swanson, 43, the founding pastor of New Community Covenant Church in Chicago. Instead of supporting systemic change, some white Christians view racial reconciliation as a matter of fellowship among churchgoers of different races—something that can be achieved through interpersonal relationships. As a result, churches may not perceive the need to acknowledge or lament racial injustice. Others might hesitate to endorse Black Lives Matter, because of ideological differences with the national organization and its founders. But Black parishioners’ desire for recognition doesn’t mean they’re ideologically aligned with the national group—they just want to know that their congregation values them. If more Black Christians leave their church, their absence threatens to tilt congregations’ demographics toward the segregated status quo.

Swanson has framed the stakes of churches’ silence in stark terms. “A multiracial church which never confronts white supremacy is a white church,” he tweeted in April. By that, he meant it’s a church “still mostly interested in white people’s comfort,” Swanson explained to me over the summer. Put another way: A church’s silence on police killings communicates almost as clear of a message as all lives matter on the marquee.

Amber Wright, 39, felt a jolt of recognition when she read Swanson’s tweet this spring. The absence of a church-wide stand against police brutality had frustrated Wright for years. “I remember there was no comment or commentary [at my multiracial church] about Trayvon Martin [or] the series of Black people slain in the streets,” she told me. By the time of Floyd’s killing, on May 25, Wright knew she was done. “It’s important to us that we go to a church where we feel the leadership can call these issues out in a way that speaks to the worth of my life and the life of my husband and my children,” she said.

For more on the original article visit: https://www.theatlantic.com/politics/archive/2020/10/why-black-parishioners-are-leaving-churches/616588/