By Zenger News – Unless you’ve won the lottery and are now independently wealthy, or your job so disgusts you that you’d rather be without it, getting fired or laid off is never a good experience. But some sectors of the U.S. economy are hurting more than others, and some seem insulated from the bloodletting.

Tens of millions have been weathering the COVID-19 pandemic without work. Entire cities virtually shut down for months, with large and small companies struggling. American and Delta airlines, shipping mall owner Brookfield Properties, and even the U.S. Chamber of Commerce have announced layoffs.

About 24.2 million people said they couldn’t work in August because their employers closed or lost business, according to the U.S. Bureau of Labor Statistics.

The top choice for those who would prefer to continuously be gainfully employed? Jobs in the finance sector, where unemployment this August only reached 4.2%. That’s half the national average of 8.4%.

That shouldn’t be a shock, says Richard Barrington, senior financial analyst for personal finance site MoneyRates.com. He names three criteria that might separate the safe from the pink-slipped: flexibility about working remotely, the need for customers to do business in person and the pandemic’s effect on demand in a given sector.

The success of finance “is not surprising,” Barrington said, because people in that field can telework, customers can do business online or at ATMs, and demand has remained steady.

“[Financial services] were the easiest activities to move online,” said Aleksandar Tomic, associate dean for strategy, innovation and technology and program director for the master in science of applied economics at Boston College. “How often do you stop at your branch anyway? And then, you do have a lot of activity in real estate. If you right now are trying to refinance or buy a house, the delays in mortgage processing are phenomenal because of the demand.”

The demand for food, too, has continued unabated, so the agriculture sector’s pandemic-year unemployment rate of 5.6% makes sense.

Then there is government, with an overall 5.7% unemployment rate.

“It’s not surprising that in government is such low unemployment,” Tomic said. “Government is countercyclical. They might or might not reduce their numbers [at other times], but they are not going to during a recession. They leaned into it and provided a lot of stimulus and probably have not done any furloughs or layoffs.”

And existing layoffs may largely affect state or even local governments, not Washington, D.C.

“State governments are a different story because they are subject to cyclical pressures,” Tomic said. And both county and local governments are struggling with how, and when, to open schools. “Just anecdotally, we see a lot of people taking a leave of absence because they don’t feel safe in the classroom,” he said. Leaves of absence would likely not register as people being unemployed, so the figure may be under reported.

Still, 4.2%, 5.6%, and 5.7% are far better than 21.3% employment in the leisure and hospitality sector. Mining, quarrying, and oil and gas extraction saw 12.4%—more than a ten-fold jump from a year ago—while transportation and utility unemployment hit 11.3%.

Some of the differences stem from how directly the pandemic has hit industries. Leisure and hospitality workers like waiters, hotel maids and concert tour staff couldn’t avoid the impact.

“That’s the number one industry affected, and it remains the highest unemployment rate,” said Ernie Goss, a professor in the department of economics and finance at Creighton University. “Businesses tightly linked to leisure and hospitality will likewise have higher rates of unemployment.”

Companies that have restaurants and hotels as major customers will also likely feel pain, for example, as will the landlords leasing space to hospitality companies.

Mining, quarrying, and oil and gas extraction have felt the heat from a lack of travel and previous shutdown of businesses the energy industry has supplied. But the picture quickly gets complicated. Oil and gas production in the U.S. have faced decline in fracking production as prices fell because those types of wells are more expensive to drill, for example.

“In some of these industries you have pressures that are just there and then they have been hit hard by the pandemic in top of that,” said Tomic. “The pandemic has been an accelerant for things that have been there for a long time.”

Broader categories can mask differences between subsectors. “Transportation and utilities are grouped like one super sector, but they’re very different things,” said

Barrington, who noted that unemployment in utilities is only 2.2%, versus the 11.3% of the overall category. “You really have to look at the specifics,” he said. “When people talk about the unemployment rate, that is very different, depending on where you live and what you do for a living.” 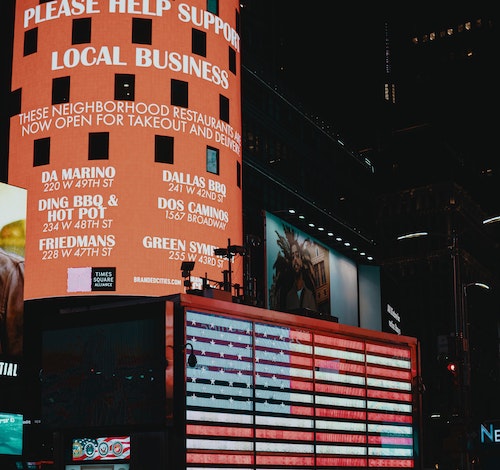 he big question left is what must happen going forward. Apparent improvement in the employment situation presumes that the pandemic will wind down. Data from Johns Hopkins Coronavirus Resource Center shows an upward trend of daily cases at a pace similar to that of July before a summer peak that exceeded 71,000 cases a day.

There may be other unpleasant surprises coming as well. “Some of the unemployment rates have yet to hit [a high] because of the CARES act and the PPP program,” Goss said, first citing the $2.2 trillion coronavirus relief stimulus spending bill that sped theough Washington.

Agriculture might feel a future impact “that’s related to imports,” Goss said. Transportation in the form of airlines and retail could see more intense unemployment as layoffs pile up.

For government employment, “a lot of the damage hasn’t hit yet,” Goos said. Even the safest-seeming sectors could see hard times ahead: Citigroup and Wells Fargo are rebooting their stalled layoffs. .

If you are one of the many working, be thankful for that job—while you have it.

For more on the original article visit: https://www.washingtoninformer.com/these-are-the-best-u-s-economic-sectors-to-work-in-during-a-pandemic/