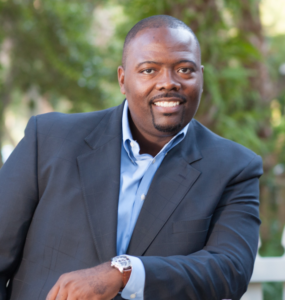 Speculation is just that – conjecture, rumor, assumption or basically opinions based on incomplete information.

This week we found out for certain that the speculation and supposition surrounding President Trump and his campaign or should I say his successful campaign for the presidency of the United States, could all be true.

Not only did Trump’s campaign manager and other lieutenants get indicted by Special Counsel Mueller, but we also learned more about the role Russia played in helping Trump get elected.

Let’s just pause for a moment to break this issue down to its most elementary level. A foreign government, a large super power that the U.S. has had tensions with for decades decided to mettle in an American election for President. This is monumental and unheard of.
Russia has apparently poured millions of dollars into manipulating the American public through social media pages and websites like YouTube. Never before in U.S. history (that we know of) has this been done. I am not saying that this is an act of war, but it’s an act of disrespect, defiance and down right dirty politics.

A foreign nation decided that they wanted help pick the U.S. President that best suited their political interest. These are unchartered waters for Congress and the federal government. Is this treason? Are there any international laws that govern these kinds of underhanded actions?

This week, Facebook admitted to lawmakers in DC that 126 million of its users may have seen content produced and circulated by Russian operatives. Yes, 126 million Facebook users saw Russian “fake news” and propaganda related to the 2016 presidential elections.
According to the Washington Post, “Twitter also told congressional investigators that it has identified 2,752 accounts controlled by Russian operatives and more than 36,000 bots that tweeted 1.4 million times during the election.”

And then there is Google, which also admitted this week for the first time that its platforms were also compromised by Kremlin operatives. Apparently, Russian agents uploaded over a thousand videos to YouTube on 18 different channels.

That’s a lot of content. In fact, that’s enough content to help push an election towards one candidate or another. And we know that the Russians wanted Trump, and that’s who they helped with all of their resources.

But here is the million-dollar question for Facebook, Twitter and YouTube executives. Do the companies have the ability to substantiate allegations of collusion between Russians and the Trump campaign’s social media efforts? That is the smoking gun that could really spell trouble for Trump.

So that everyone understands how bad this is and could be – let me bring this issue full circle. The Russians basically played on the fears of white America. Putin and his agents certainly did not cause the current racial tensions that exist today in America, but they essentially poured gasoline on a small flame and made it a wild fire.

Russians were very clever according to the research done by social media companies. They created content to imitate American commentary on politics and social matters.

And they did not just pick any old social issue – they selected key wedge issues that would play on the fears of many white Americans. Issues like the need for stronger immigration laws, the rise of Muslim militancy and black activism from police shootings were the subjects they chose.

Fast-forward to November 2017, and the seeds planted by the Russians have grown into dangerous weeds. With racial tension and distrust of government being prominent headlines in our daily lives, we can thank the Russians for their help.

We now know the extent in which Russia tried to sway public opinion towards Trump, and with the indictment of campaign chair Paul Manafort and others for “conspiracy against the United States,” who knows what other revelations will come from the special counsel’s investigation.

And then there was the Commander in Tweets response to the indictments. This is yet another indication that the man is not only a Narcissist and master manipulator, but is just plain insane as well.

Trump tweeted on Tuesday morning, “The Fake News is working overtime. As Paul Manafort’s lawyer said, there was “no collusion” and events mentioned took place long before he came to the campaign.” Ummm…. OK!

Then he added, “I hope people will start to focus on our Massive Tax Cuts for Business (jobs) and the Middle Class (in addition to Democrat corruption)!” This is another classic case of deflection from The Donald.

I have a feeling that before this investigation is over, Trump will need more than the Russians to get him out of trouble.
Signing off from an undisclosed Twitter account,