The self-made Swiss multimillionaire and minimalist only needs 55 things in life, most of which are black. 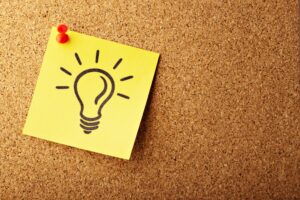 The successful young millennial businessman started his own business at 14, when he founded an advertising agency, Mediadesign AG, with a friend.

“I use financial profits to bring more ideas to life,” he said. By 2017, he had participated in nine such enterprises.

The 55 things Waldburger currently owns include four T-shirts, pants, a laptop, his smartphone and toiletry items. He even made an earlier video: “How and Why I Became A Minimalist?

Waldburger lived in a hotel for years, but now has a rented property with his partner near Zurich. Their small amount of furniture is also rented, mainly for his partner, who is due to give birth to their daughter soon. He said having the apartment “pretty empty” helps him to focus.

He even asks his friends “to give me time or experiences” as birthday gifts.

Waldburger has been cultivating his lifestyle for years. The committed minimalist gives lectures on the topic and blogs about it. He has lived in New York, London and Berlin, only sleeping four nights in the same place.

“I usually buy high-quality things, so they last a long time, and I don’t have to replace them as often. For example, I own four T-shirts, and I buy them new once or twice a year — when they are no longer usable. I change my pants about every six months. And I change my socks and boxer shorts every four to six months,” he said.

“I keep technical devices longer. I usually have a new laptop every three to four years. I change my cell phone every two years.”

Also, given the pandemic, his company Tomakawk VC has invested in Lano, a dashboard for companies to manage their freelance workforce.