WASHINGTON – The Joint Center launched its interactive tracking tool allowing users to learn how each new Member of Congress is faring when it comes to hiring diverse top staff in their Washington, DC offices (chiefs of staff, legislative directors, and communications directors).

Joint Center Launches Interactive Tool Showing Diversity of Top Staff of New Members of Congress – According to the Joint Center’s tracker, a total of 55 of 201 (or 27.4 percent) possible positions have already been filled.

Previous Joint Center research shows that while people of color account for 40 percent of the U.S. population, they account for only 13.7 percent of U.S. House personal office top staffers and 11 percent in the U.S. Senate.

The tool arrives at a critical moment to increase staff diversity. Currently, newly-elected Members of the U.S. House and Senate are preparing to take office and are hiring to fill over 200 top staff positions.

According to the Joint Center’s tracker, a total of 55 of 201 (or 27.4 percent) possible positions have already been filled. 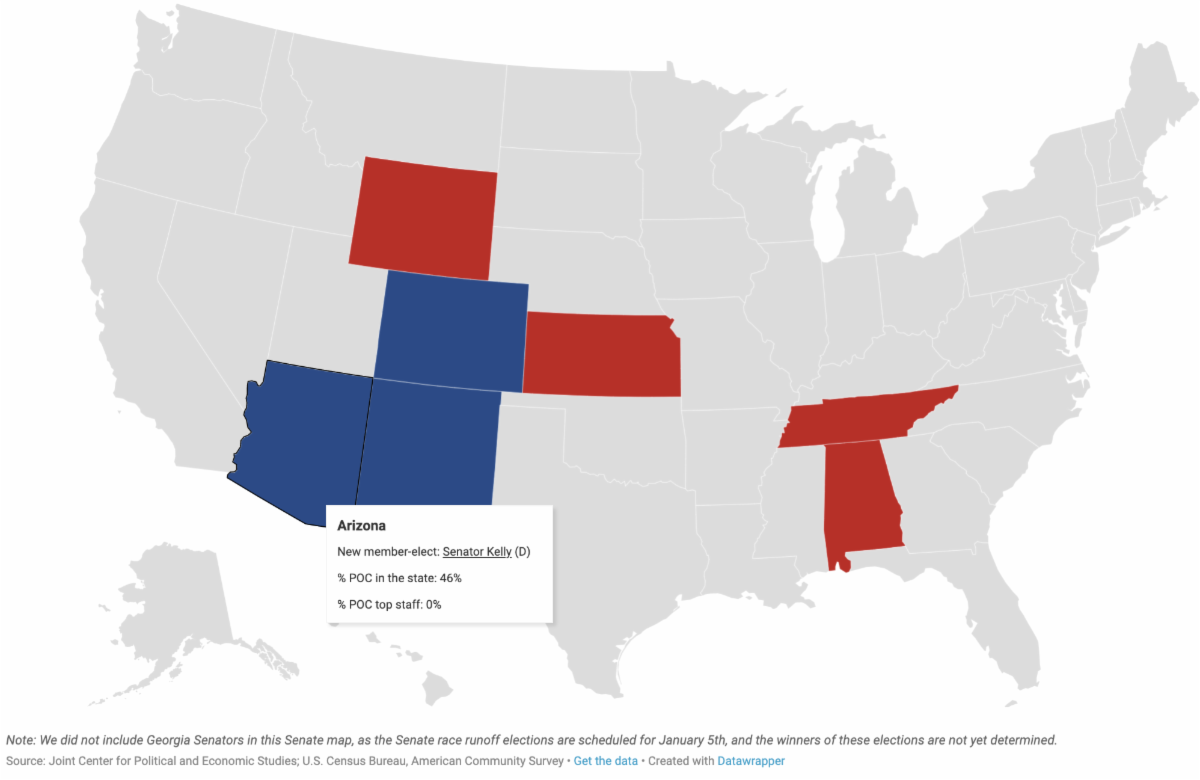 The Joint Center’s Tracker of Racial Diversity of Top Staff Hires in 117th Congress shows that, so far, hiring of diverse top staffers by newly-elected Senators (16.7 percent) still lags behind the nation’s population of color (40 percent), but is higher than both hiring by newly-elected Senators two years ago (7.7 percent) and the entire U.S. Senate (11 percent). The map can be found above.

Racial Diversity of Top Staff of Newly-Elected Members in the U.S. House (Map) 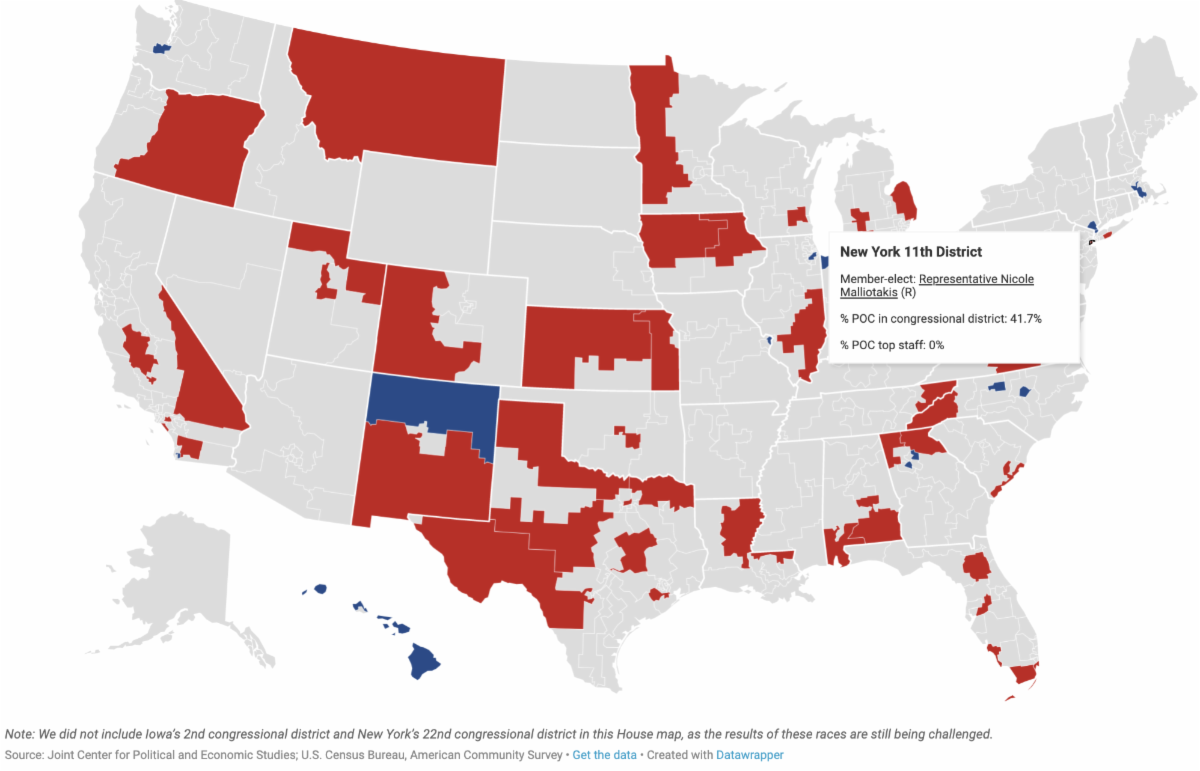 The Joint Center for Political and Economic Studies, America’s Black think tank, provides compelling and actionable policy solutions to eradicate persistent and evolving barriers to the full freedom of Black people in America. We are the trusted forum for leading experts and scholars to participate in major public policy debates and promote ideas that advance Black communities. We use evidence-based research, analysis, convenings, and strategic communications to support Black communities and a network of allies.