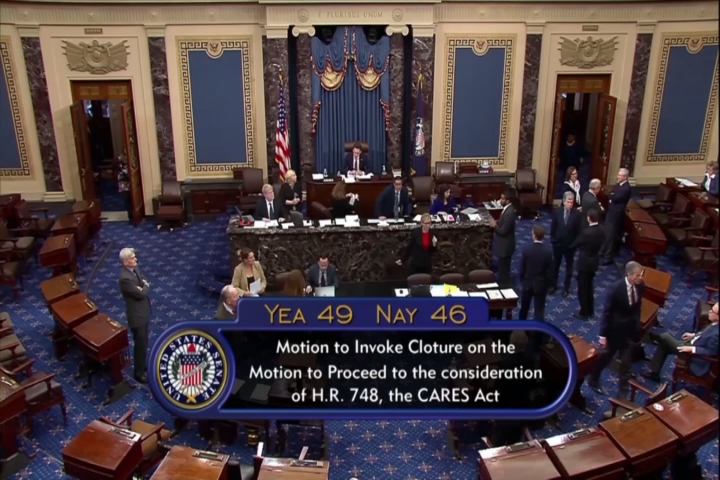 A third vote could be in store Tuesday as congressional leaders continue to battle over a $2 trillion spending plan to ease the economic impact of the coronavirus pandemic.

Many Democratic lawmakers on Capitol Hill, including House Speaker Rep. Nancy Pelosi, argue the legislation amounts to a corporate bailout and doesn’t properly address the health crisis at hand.

“The Senate Republican bill put corporation first, but because of the insistence of Leader Chuck Schumer and Senate Democrats, progress has been made,” she said. “We urge the Senate to move closer to the values in Take Responsibility for Workers and Families Act.”

On the other side of the aisle, Republicans argue they don’t have time to bring politics into the issue in the middle of a nation-wide crisis.

In the meantime, House Democrats are working on their own coronavirus response legislation, which is also adding pressure on the Senate to reach an agreement.