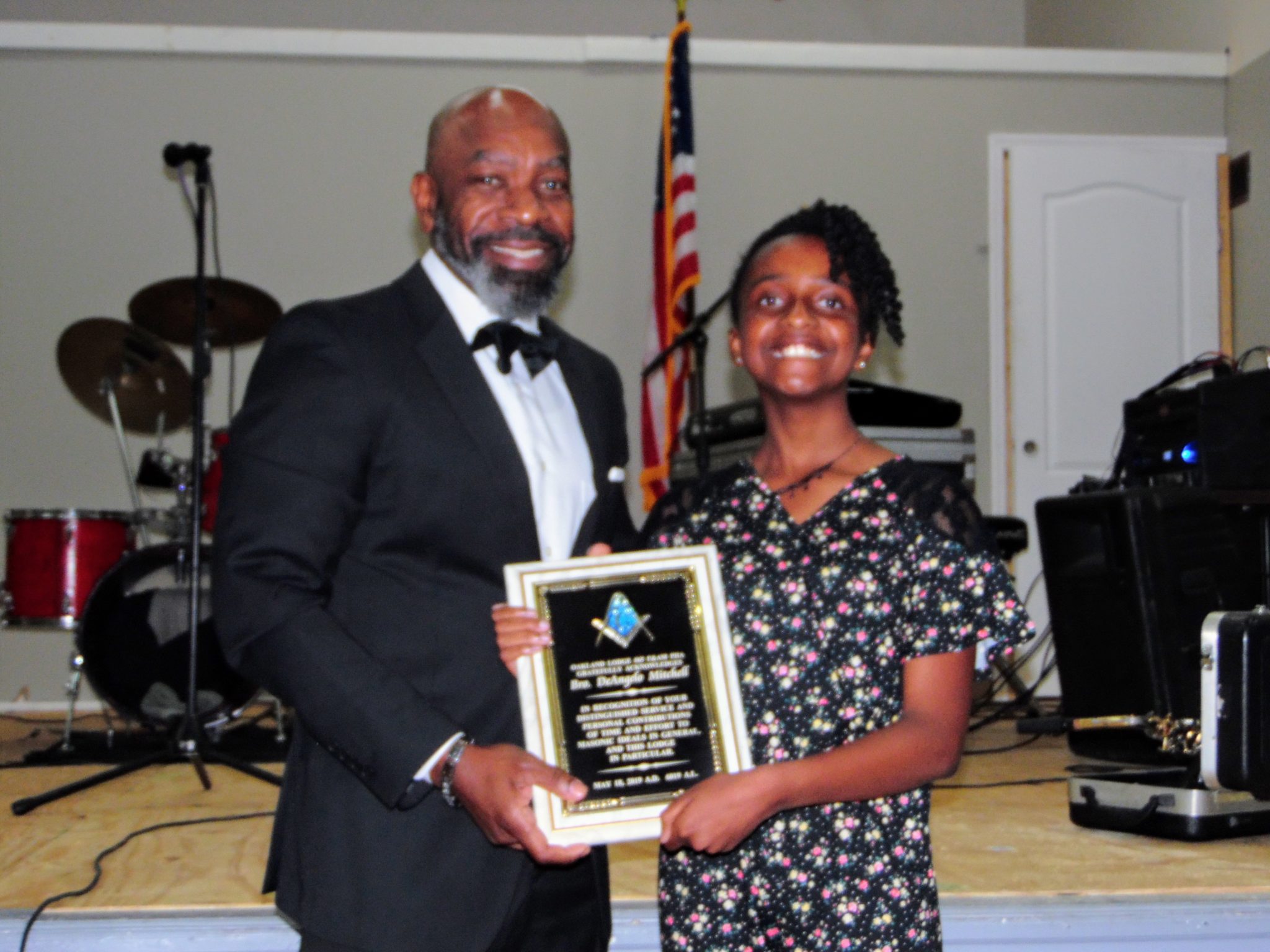 Oakland Lodge #65 Free and Accepted Masons, Prince Hall Affiliated recently held their 131st Anniversary banquet at The Scottish Rites Cathedral on the City’s Eastside. The theme for this year’s banquet was “A Reconnection To Community”, where the Lodge honored three members who are recent retirees of the Jacksonville Sheriff’s Office. Brothers Marvin Young, DeAngelo Mitchell, and Donovan Trimble were each presented with plaques, thanking them for their service not only to the city, but to the Lodge as well.  The plaques were presented by Elizabeth Jones, and overseen by Stephen Blakely, the Worshipful Master of Oakland #65.
Prince Hall Freemasonry was founded by Prince Hall on September 29, 1784 and composed predominantly of African Americans. Prior to the American Revolutionary War, Prince Hall and fourteen other free black men petitioned for admittance to the white Boston St. John’s Lodge. They were declined. The Masonic fraternity was attractive to some free blacks like Prince Hall because freemasonry was founded upon ideals of liberty, equality and peace. Shown is awardee Elizabeth Jones presenting award to (let me know which photo and have names).