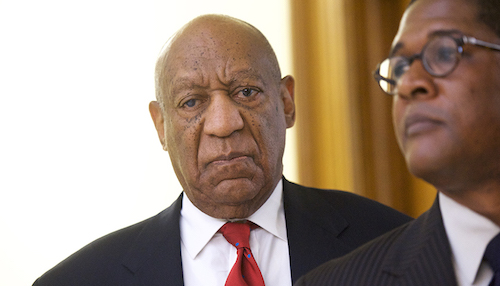 Pennsylvania’s highest court announced it would hear oral arguments in the criminal appeal by Bill Cosby on Tuesday, December 1.

The 9:30 a.m. EST hearing will occur through virtual video conferencing, and the public can view the proceedings live on YouTube, court officials said.

Cosby, 82, has spent the past two years in a prison outside of Philadelphia after a jury convicted him in 2018 of three aggravated indecent assault counts.

Once revered as “America’s Dad,” Cosby was accused of plying his love interest, Andrea Constand, with one and a half Benadryl tablets and then digitally penetrating her at his home in Elkins Park, Pennsylvania.

Testimony and a controversial civil deposition, a document that the high court cited in granted the appeal, revealed a months-long love affair between Cosby and Constand.

The two regularly traded gifts and often participated in petting and touching and shared intimate conversation, including Constand seeking Cosby’s opinion on her physical appearance.

Despite kissing and other sexually-suggestive play, both Cosby and Constand denied they ever had intercourse.

“I was OK with that,” Cosby has stated, noting that he never sought intercourse with Constand.

He has maintained his innocence, and, in his only jailhouse interview, Cosby told the Black Press that he would never plead guilty to false charges.

“I was there,” Cosby demanded in the November 2019 interview. “I don’t care what group of people come along and talk about this when they weren’t there. They don’t know.”

On the night of the faithful encounter in which Cosby was convicted, Constand claimed she was anxious and concerned about her future and wanted to talk to the comedian.

At trial, prosecutors claimed there was no sexual relationship, that Cosby acted as a mentor to Constand.

She said she sought his advice because she was contemplating leaving her job at Temple University and moving back to Canada.

Once inside the home that Cosby shares with his wife of more than 55 years, Constand paced the floors and exhibited much anxiety, Cosby noted.

In an attempt to settle her down, Cosby offered her Benadryl.

“These are your friends, put them down” he explained to Constand. “These are what I take when I need to relax.”

He retrieved two tablets, one of which he’d broken in half, and gave Constand one and a half pills. After taking the medications, Constand said she drank a glass of wine, and she and her host sat on a couch.

That’s where the stories began to differ.

Constand said she either passed out and became paralyzed.

Cosby said the two engaged in their typical petting with Constand putting her hand on his penis while he inserted his hand into her underwear.

After a few moments, Cosby said he told Constand that she needed to rest.

“I told her to go to sleep, to rest,” Cosby stated, leaving her to sleep on the couch while he retreated to an upstairs bedroom.

As he awakened early the next morning, Cosby discovered that Constand hadn’t slept.

She asked for her favorite herbal tea and Cosby offered her a muffin.

Testimony and court records revealed that the encounter happened at least months earlier – significant because if a crime occurred before 2004, the statute of limitations would have run, which would prohibit the state from filing charges.

Most important, however, is whether prosecutors legally used a 2006 deposition during the trial.

Former District Attorney Bruce Castor testified in a preliminary hearing that he reached an agreement with Cosby to waive his fifth amendment right to sit for a civil deposition.

Castor said prosecutors were forbidden to ever use the deposition as a tool to prosecute Cosby.

Montgomery County Judge Steven O’Neill ruled Castor didn’t have a right to make such a deal and allowed the new District Attorney to use the deposition during the trial.

O’Neill also allowed five other women to testify that Cosby had drugged and assaulted them decades earlier.

In its ruling granting Cosby a hearing, the state high court cited Castor’s agreement and O’Neill’s decision to allow unrelated and un-charged accusations into evidence.

In an interview following the trial, one member of the jury cited the other women’s testimony as a reason for convicting Cosby.